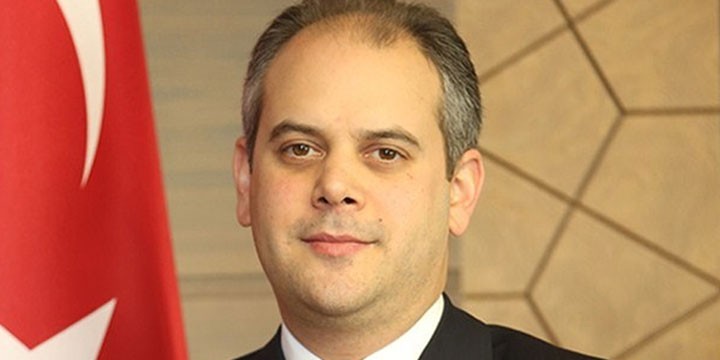 Akif Cagatay Kilic (born 15 June 1976) is a Turkish educator, politician, an MP for Samsun Province of the ruling Justice and Development Party (AKP), and the current Minister of Youth and Sports of Turkey.

His grandfather Ilyas Kilic was a politician of the Republican People's Party(CHP), who served five consecutive times as MP between 1961 and 1980. His father Sinan Kilic served as a private physician of Recep Tayyip Erdogan during his office time as the Mayor of Istanbul in the 1990s.

He studied Political Science at University of Hertfordshire in the United Kingdom. He attended further studies in Economy of Europe.

Cagatay Kilic is married to Eda Kilic, and they have two daughters, Ela and Ece.

He worked in the purchasing department of Sabanci Holding's Universal Trading Company in the UK. Returned to Turkey, he was appointed advisor in the headquarters of the Justice and Development Party (AKP) in 2003.

Kilic entered active politics running for a seat in the Grand National Assembly of Turkey in the 2011 general election, and was elected as an MP of Samsun Province from the AKP. He was appointed a member of the Turkish group at the NATO Parliamentary Assembly.

At the age of 37, he became the youngest member of the current cabinet.

On 26 December 2013, Cagatay Kilic assumed office as the Minister of Youth and Sports, succeeding Suat Kilic during Erdogan's cabinet reshuffle with ten new names that was announced the day before, on 25 December, following the 2013 corruption scandal in Turkey.

In September 2016, Kilic was involved in controversy when after an interview with Michel Friedman on DW-TV's "Conflict Zone", the Turkish government seized the recording. In September 2016, Deutsche Welle filed a lawsuit against Turkish Sports Ministry over the seized interview.