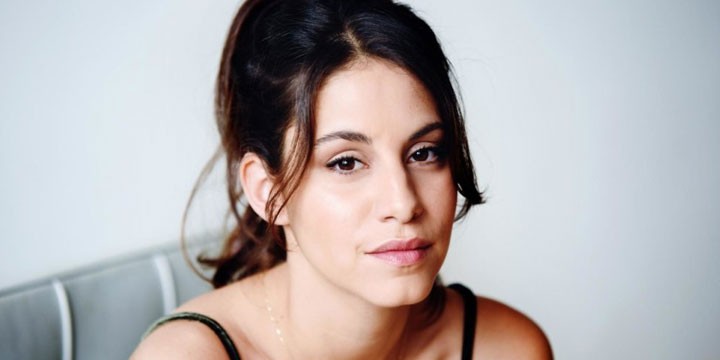 Bagriacik was born in 1990 in Ankara. Her parents, who were correspondents for the Turkish media, moved to Berlin in 1995, where she grew up speaking both German and Turkish. She was discovered by chance by a photographer in 2008 at a club in Kreuzberg in Berlin who invited her to an audition. She won a role in the drama When We Leave directed by Feo Aladag, which premiered in 2010 at the Berlin International Film Festival.

She subsequently played leading roles in numerous television series, such as Der Kriminalist, Notruf Hafenkante, Der Lehrer, Großstadtrevier and The Old Fox. Between 2008 and 2010, Bagriacik played the lead on stage in Ein Warngedicht at the Hebbel am Ufer theater in Berlin.

Bagriacik played her first major leading role in the feature film Hördur, released in Germany in October 2015. The German film rating authority Deutsche Film- und Medienbewertung (FBW) distinguished the film as "Especially worthwhile", the higher of two quality certification levels issued by the FBW. One of the reasons for the jury's decision was, among other things: "The casting of young Almila Bagriacik in the role of [the film's protagonist] Aylin can be described as a stroke of luck." The Verband der deutschen Filmkritik (de) nominated Bagriacik for best actress in 2015 for her performance in Hördur.

Bagriacik took over the main role of policewoman Jale Cengiz in the ARD TV series Kommissar Pascha in 2015. The broadcast of the first two films, Kommissar Pascha and Bierleichen, is scheduled for spring 2017. She played the lead role as Semiya Şimşek in 2016 in the second feature of the ARD trilogy about the victims of the National Socialist Underground.[6][7] She was also nominated for Best Actress at the New Faces Award in 2016. In 2016, Bagriacik was hired for the part of female lead, alongside Frederick Lau, the rapper Veysel (de), and Kida Ramadan (de) in the TV series 4 Blocks for the German TV channel TNT Serie, planned for broadcast in spring 2017. She has also been playing the part of Filiz in the Turkish series Hayat Sarkisi since 2015.