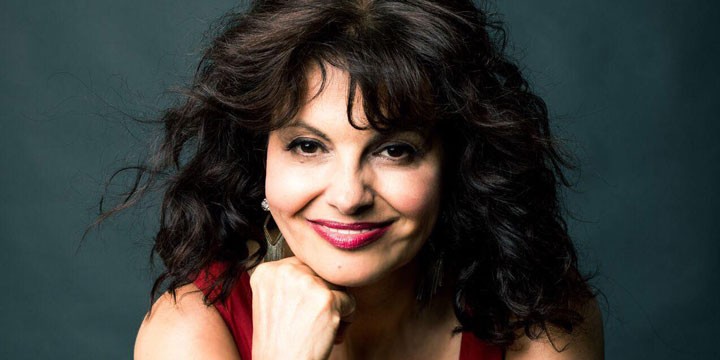 Multi-media artist, Arica Hilton was born on the Mediterranean coast of Turkey.  As a young girl, she studied architecture and design and has worked as a gallerist, interior designer, poet and artist since 1985. Whether it is visual art through paintings or the poetic expressions of language and music, every aspect of Arica’s life is geared towards one form of art melding into another.

Much like the Luminists, the poetic art movement that captured light as it moved across the American Landscape, Hilton’s works are inspired by the European Romanticists, who depicted cool waterscapes reflecting nuanced skies. She uses that as a springboard, not necessarily concerning herself with traditional landscape.

Among her collaborations with other artists. Hilton curated the poetry and wrote the finale poem for "DIVINA NATURA,"a sound and light installation at the FIELD MUSEUM OF NATURAL HISTORY  with Italian artist Marco Nereo Rotelli, and "WORDS" at Northwestern University.

Her painting, "UNIVERSE, Life Unlimited" was the backdrop for MYTHICAL PROPORTIONS, a one-woman play at Theater Wit in Chicago by actress, Nora Dunn.  According to Ms. Dunn, "your painting became a character in my play."

Her works have been exhibited internationally including an exhibition at the Beirut Art Fair, a solo exhibition of her paintings and poetry at Galerie Qu Art in Brussels, Belgium  (29 October 2015 - January 9, 2016).  She is currently preparing for her upcoming solo exhibition in Suzhou, China in 2017. Hilton's works are in major collections throughout the United States, Europe and Asia.

Arica Hilton was selected to participate in ELYSIUM–ARTISTS FOR THE CORAL TRIANGLE EXPEDITION.The expedition, sponsored by Ocean Geographic Magazine, engaged the world’s finest artists, photographers, scientists, musicians, & writers to produce a record of the flora & fauna, sample for micro plastics and document the biodiversity of this region while highlighting the effects of climate change both now and in the near future.  www.ElysiumEpic.org

In 2017, UNIVERSE, Life Unlimited, was donated by Hilton’s collector to Mount Sinai Hospital and is currently hanging in the lobby of the Segal Outpatient Center in Chicago.

In addition to curating exhibitions by the world's leading artists and creating her own internationally collected art, Hilton launched a speaker series in the spring of 2016 by partnering with organizations tackling social justice issues which occur globally, nationally, regionally and locally. She supports a number of not for profit organizations by using art as a means to make our planet better through conservation of our environment and by placing value on both human & animal rights.

Hilton lives and works in Chicago.  Until recently, she was the president of the board of the Poetry Center of Chicago and was voted one of the LIT 50: Who Really Books in Chicago 2011 by New City.

She is the director of HILTON | ASMUS CONTEMPORARY Art Gallery which specializes in contemporary paintings and sculpture, with a special focus on photography featuring internally known artists from Europe and the Mediterranean Region.