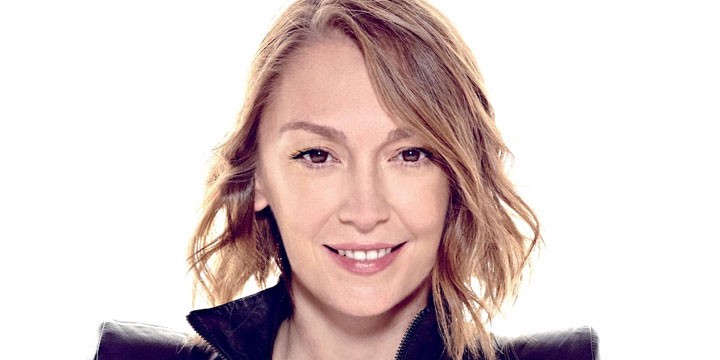 Arzu Kaprol was born in Bursa and she graduated from Mimar Sinan University Department of Textile and Fashion Design in 1992. Then, she went to Paris American Academy to get haute couture complete Perfectionnement Program.

She won prestigious “Avant-Garde Designer” award from Beymen Academia in 1995 and put her name on the map.

In 1998 she set eponym brand for the first time. Kaprol was awarded “Fashion Designer of the Year” twice, in 2007 by Fashion TV and in 2011 by Elle Style Awards.

She had her fashion shows in Paris Fashion week in 2011. She had a chance to show her collection between renowned trademarks like Louis Vitton and Miu Miu as per the official schedule on the same catwalk.

She named her collection “archaeology of future” and it was quest for feeling of future apart from past and future. Arzu Kaprol was creating forms of future by using distinct tissues and materials, using the secret light of black. Leather was taking an important place in the heart of the show. The designer who is touched by architectural forms, combines materials like chiffon, silk and leather that require mastership to use together.

Kaprol’s atelier collection meets with fashion fans in London by Harrod’s, in Paris by Montaigne Market, in New York by Bergdorf Goodman and in 13 countries by means of distribution network.

She developed and designed a jacket responsive to climate changes called “Smart Jacket” that changes its functions when heat changes in 2015, which was one of the pioneering prototypes for smart clothing.

She executed the first hologram fashion show of Turkey the same year.

Her “Digital Symphony” which combines design, music, dance and technology, first digital couture show of Turkey was presented in national and international platforms in 2016.

Arzu Kaprol is a Turkish designer who captures being timeless in fashion and takes design as architecture of clothing with modern designs, innovative approaches, unique details, genuine workmanship.