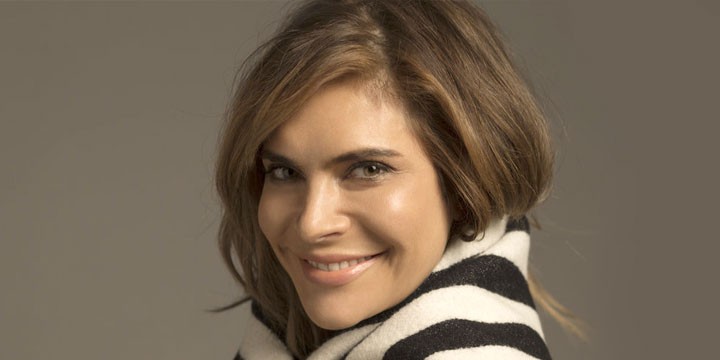 Since 2015, she has been a regular panellist on the television show Loose Women in the United Kingdom.

She was born in Los Angeles, California, to a Turkish father, and an American mother, the movie producer Gwen Field.

She attended Harvard-Westlake School, from which she graduated in 1997.

Field first became known on the NBC soap opera Days of Our Lives, but has subsequently specialised in comedy roles. She was a regular on Blue Collar TV, guest starred in the sitcom Eve and appeared as Jeannie Whatley on NBC's Studio 60 on the Sunset Strip. On the Fox sitcom Back to You, she played Montana Diaz Herrera (a.k.a. Sally Lerner), News 9's weather woman. She appeared in 10 episodes of Season One.

Field joined the cast of a sitcom pilot, Making It Legal (playing a lawyer named "Elise") but ABC did not pick up the pilot. In June 2008, she was cast in the female lead on ABC's untitled David Kohan/Max Mutchnick comedy pilot, replacing Sarah Lafleur.

Field made her UK TV debut in the final series of Fresh Meat in 2016. Also in 2016, she appeared in the ITV/Netflix series Paranoid. Field joined ITV's Loose Womenas a guest panellist, in 2016.

In 2018, she joined The X Factor judging panel alongside her husband Robbie, show creator Simon Cowell and One Direction's Louis Tomlinson.

Field is married to British singer-songwriter Robbie Williams. They began dating in May 2006 and haved lived together since 2009. In November 2009, Williams proposed to Field during a live interview on Sydney radio station 2Day FM, but later said that the proposal was a joke and that they were not engaged. It was subsequently confirmed that they had become engaged over Christmas of that year. She and Williams were married at his home in Mulholland Estates, Beverly Hills on August 7, 2010.

On 30 March 2012, Williams and Field announced that they were expecting their first child together; a girl. On September 18, 2012, she was born, and christened Theodora Rose 'Teddy' Williams. They have since also had a son, Charlton Valentine Williams, born October 27, 2014. The labour was live-tweeted by Williams.