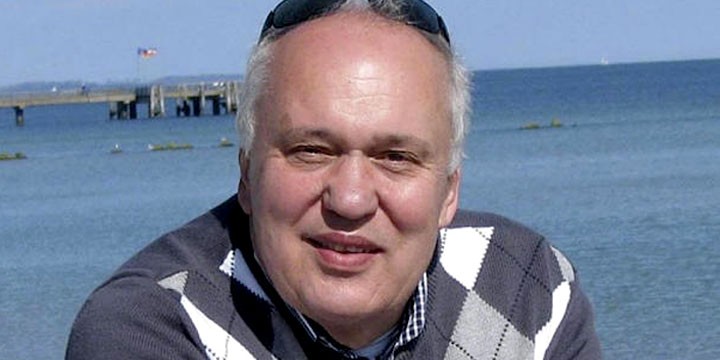 Baha Güngör (1950 in Istanbul , Turkey , 22. November 2018 ) was the head of the Turkish editorial board of the Deutsche Welle and author of a widely acclaimed book on the Turk's image in Germany.

Baha Güngör came to Aachen from Turkey in 1961 , where his father studied and worked as a dentist. In 1978 he acquired German citizenship. After school, he began studying business administration and worked as an interpreter and adult education teacher (German for Turks).

Güngör's journalistic career started with a traineeship at the Kölnische Rundschau . This was followed by activities as a foreign journalist at Reuters and as a policy editor at the Bonner General-Anzeiger . In 1984 he moved to Turkey to report from there for the West German Allgemeine Zeitung and other German newspapers. Later he also worked from Greece. After becoming a Turkish correspondent for the dpa in 1991, the father of the family moved to Istanbul for a while.

Güngör's book The fear of the Germans before the Turks and their accession to the EU (2004) was one of many publications that appeared on Turkey's accession negotiations with the European Union. In 2005 he received the German-Turkish Friendship Award. In the fall of 2017 he published a book of Ataturk angry grandchildren. Turkey between democracy and demagoguery .