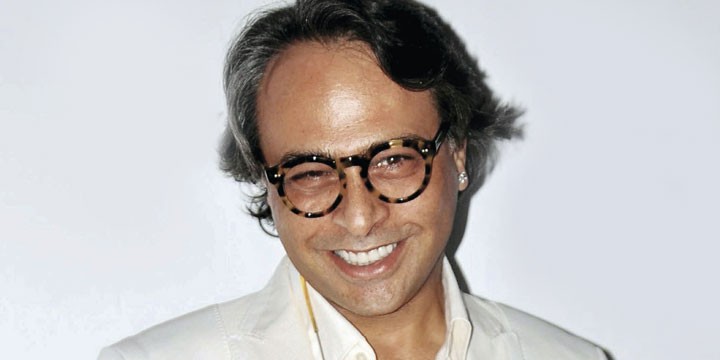 Sansal was born in 1957 in Turkey's capital Ankara as the child of Sungur Tekin Sansal and Guner Eczacibasi. Şansal was born in 1957 in Turkey’s capital Ankara as the child of Sungur Tekin Sansal and Guner Eczacibasi. He studied Business Management at Marmara University and mastered in design and chromatics at the Royal Academy of Arts in London, before becoming an apprentice to prominent fashion designer Yıldırım Mayruk. Besides being a fashion designer, Şansal is also known as an LGBT rights advocate and an anti-war activist. Barbaros Sansal hosted two TV programmes on Turkish TV channels called “Pin” and “Safety Pin”. He also wrote two books called “Printing Ink Lives on Newsprint” and “Fitting Room”. He translated the book “101 things I Learned in Fashion School” written by Matthew Frederick and Alfredo Cabrera. Şansal gave lectures about the history of fashion at Marmara University and Ankara Baskent University. Barbaros Şansal took part in the Gezi Park protests in 2013, which took place very close to his offices in Istanbul's Beyoglu neighbourhood. He was reportedly detained and threatened by police after criticising the police's use of excessive force on Halk TV. On January 1, 2017, while at his residence in North Cyprus, Şansal shared a video on social media in which he criticised Turkish society: "While scores of journalists are in prison, while children are sexually harassed, raped, while corruption and bribes are everywhere, while extremists are distributing shit to you in the streets, are you still celebrating the New Year? I am not... Carry on your celebration in disgrace, misery and dirt. Drown in your shit, Turkey." Because of these words, the Turkish Republic of North Cyprus Interior Ministry detained Şansal and deported him to Atatürk Airport by airplane. After landing at the airport, Şansal was physically and verbally attacked by people on the tarmac. After being taken into custody by the police, he was taken to court and was arrested the following day charged with ‘inciting the public to hatred or hostility’ under Article 216 of the Turkish Penal Code. Şansal said that the words he used were "a satire against discrimination" and did not accept the accusations directed against him. Şansal was released from prison on March 2, 2017, but faces charges of 'insulting the Turkish nation' which carry a penalty of one to three years in prison. Barbaros Sansal is known for his work on Gazdanadam festivali (2013), Kral Çiplak (2009) and Muhabbet krali (2009). Barbaros Şansal hosted two TV programmes on Turkish TV channels called “Pin” and “Safety Pin”. He is the author of three books: “3. Sinif Hamur Kagida Matbaa Mürekkebi Hayatlar”, “Prove Odasi” and "Linc - Makam Odasi.