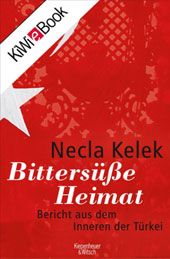 Where does Turkey come from, where is she going?

From European Istanbul to wild Kurdish regions, Necla Kelek has traveled, on beautiful coasts and through the majestic mountains of Anatolia, and has found a country whose history and beauty hardly a traveler can escape; The inhabitants of the former Ottoman empire, however, look strangely ungainly, homeless, as if they were floating on a raft through a world alien to them.

Kelek's report from inside Turkey reveals the fissures beneath the surface of a modern country, the torn mentalities, the political contradictions, the social fractures into which the republic increasingly finds itself. Where does it come from, where is Turkey going?