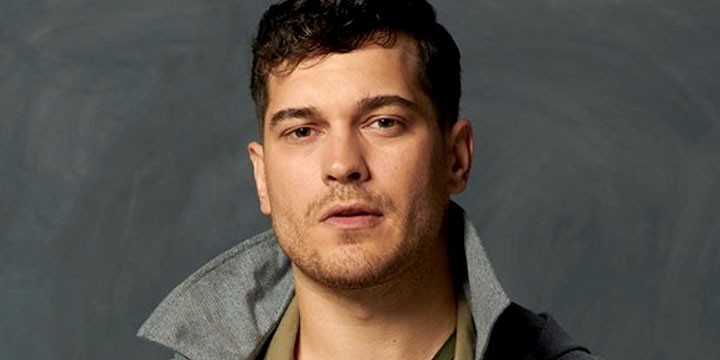 Çagatay Ulusoy (born 23 September 1990) is a Turkish model and actor who started his acting career in TV series Adini Feriha Koydum (2011-2012). Since then he has had further lead roles in Medcezir (2013-2015), a remake of the television series The OC and most recently in the TV series Icerde. Ulusoy was born in Istanbul, Turkey. His maternal family is of Bosnian descent and his paternal family is of Turkish descent who immigrated from Bulgaria. (Turk ethnic minority in Bulgaria immigrated to Turkey). He has a younger brother named Atalay. After graduating from high school, Ulusoy firstly started studying at the Istanbul University's Department of Garden Design and Landscaping. As a student, he then started to work as a model at the age of 19. In 2010, he won a model contest in Turkey and was named Best Model of Turkey. On the same night he was named Best Model of the Year, he received his first acting job offer for the TV series Adini Feriha Koydum. In 2011 he shot his first movie Anadolu Kartallari, in a supporting role. Earlier the same year, Ulusoy starred in the TV series Adini Feriha Koydum (I Named Her Feriha) as the male lead playing Emir Sarrafoglu. While the first two seasons of the series were successful, the third season that aired under another title Emir'in Yolu (Emir's Way), was less successful and due to low ratings was cancelled after a few episodes in 2012. In 2012, Ulusoy also shot a short film, Paranoia. From 2013 until 2015, Ulusoy played the lead role Yaman Kopper in Medcezir (Tide in English), losely based on The O.C., co-starring actress Serenay Sarikaya. In 2016 until 2017, Ulusoy played the lead part in the TV series Içerde (Inside in English, partially based on the movie The Departed). In 2016, Ulusoy bought a house in Santa Monica, California.