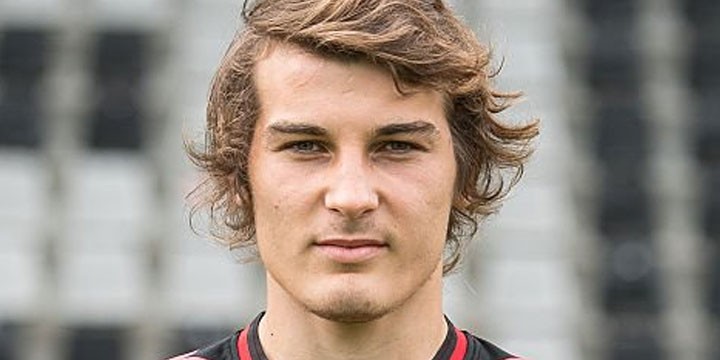 Çaglar Söyüncü (born 23 May 1996) is a professional footballer, who plays as a defender for Bundesliga side Freiburg and the Turkish national team.

Joining SC Freiburg in 2016 Bundesliga summer transfer window, he is the first Turkish footballer who made a transfer to Bundesliga directly from TFF First League, the second highest professional level football league of Turkey.

During the 2015-2016 season he was linked with Beşiktaş J.K., Galatasaray S.K. and Sevilla FC but 20 years old Turkish national selected the Bundesliga because he thought it was better choice for his career and his improvement.

On 24 May 2016, Söyüncü joined German side SC Freiburg, which was promoted to the top flight competition of Germany for the 2016–17 season. He made his Bundesliga debut on week 1 encounter away against Hertha Berlin which ended 2–1 for Berlin outfit, on 28 August 2016. He was linked with Lille OSC, AS Roma, and Villarreal CF during the mid-season transfer window of 2016–17 season. Manchester City and Arsenal were also reported to be interested in Söyüncü.

In November 2015, he was called up to Turkey national football team by coach Fatih Terim, following the injury of central defender Serdar Aziz. On 17 November 2015 Söyüncü was a reserve for the a friendly game against Greece but stayed on the bench and did not actually get a chance to play. On 18 March 2016, he was called to national squad for friendly games against Sweden and Austria, to be held on 24 March 2016 in Antalya, Turkey and on 29 March in Austria, respectively.

Substituting Ozan Tufan in the dying minutes of friendly game against Sweden, Söyüncü earned his first senior national team cap on 24 March 2016, Thursday. Earning his 2nd cap, he was on starting line-up at friendly with Russia on 1 September 2016, ended 0–0.

Possessing leadership attributes, Söyüncü is good at playmaking, dribbling and timing. Standing at 1,87 m, he is strong in the air. In 2016, he stated that his idol is Spaniard defender Carles Puyol and he admires German international Mats Hummels.