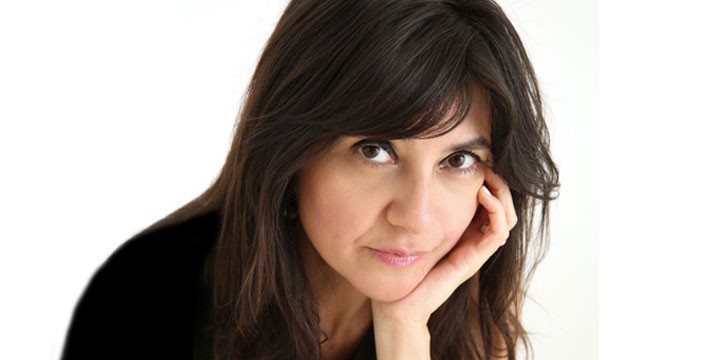 Born in 1972, Çiler İlhan studied Political Science and International Relations at Boğaziçi University and hotel management at Glion Hotel School in Switzerland. She worked as ‘hotelier’, a writer (Boğaziçi, TimeOut İstanbul, Trendsetter), and an editor (Chat, Travel + Leisure) at different times during her career.

In 1993, İlhan was the recipient of the ‘Notable Short Story Award’ at the Yaşar Nabi Youth Awards, and subsequently her stories were published in numerous literary magazines. Her essays, book reviews, travel writings and translations were published in magazines/newspaper supplements such as Kitap-lık, Radikal Kitap, Radikal Cumartesi and Time Out İstanbul. Now, she is the Editor-in-Chief of Condé Nast Traveller Turkey.

Çiler İlhan contributed to the anthology of stories entitled Tales of the 1002nd Night (Metis Publications, 2005) with her story, ‘Vulgata’. The Dream Merchants’ Chamber (Artemis Publications, April 2006) is the author’s first book, which is composed of stories that allude to one another and carry traces of magic realism. İlhan’s story, ‘Zobar and Başa’ was included in TimeOut Istanbul Stories (May 2007), and Bozcaada Stories (Yitik Ülke Publications, September 2009) included the story, ‘Steppenwolf Meets His Mozart‘.

She contributed various essays to the 2010, 2011, 2012 and 2013 Festival Books of the İTEF İstanbul Tanpınar Literature Festival (Kalem Ajans). Her second story book, Exile (Everest Publications, March 2010), with its interconnected stories with themes ranging from the invasion of Iraq to women from Batman, and the fate of laboratory, received the 2011 European Union Prize for Literature.

Ilhan then contributed with excerpts from different ITEF Festival Books to the City-pick Istanbul – Perfect Gems of City Writing (Oxygen Books 2013) edited by Heather Reyes in which over sixty writers from Orhan Pamuk to Yasar Kemal, Oya Baydar to Elif Şafak reveal what makes Istanbul one of the world’s most extraordinary cities. With her story, ‘Pippa’ from Exile, she was included in the French collection Écrivains de Turquie Sur les rives du soleil (Galaade, 2013) along with 16 Turkish authors from Adalet Ağaoğlu, Leyla Erbil to Enis Batur and Mario Levi. Çiler İlhan is a member of Turkish PEN.