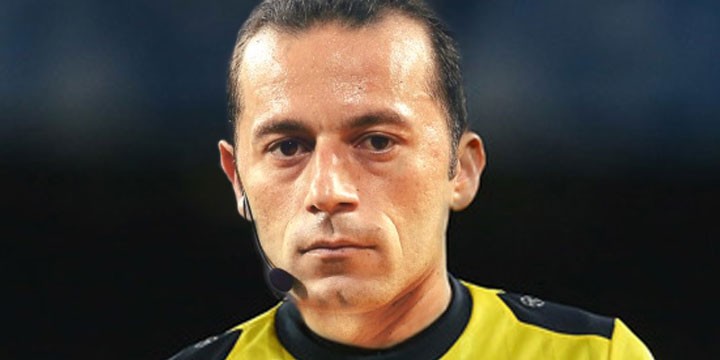 Cakir has refereed more than 250 matches including 12 derbies (5 times Fenerbahce SK vs Galatasaray SK) in the Süper Lig and was selected for the U-21 finals in Sweden in 2009, taking charge of three games including England's penalty shoot-out win against the hosts in the semi-finals.

He made his UEFA debut as the fourth official in the UEFA Champions League first qualifying round game between Skonto FC and Sliema Wanderers F.C. in July 2003. He took charge of two matches at the 2007 UEFA European Under-19 Championship in Austria and was also the referee for two UEFA Euro 2008 qualifying fixtures.

He made his international refereeing debut in the 2008–09 UEFA Cup, taking charge of two games including the group stage fixture between FC Twente and FC Schalke 04 in December 2008. He oversaw Fulham's second-leg win against Hamburger SV in the 2009–10 UEFA Europa League semi-finals, one of seven matches he refereed in total in the competition that season.

On 29 September 2010, Cakir made his debut in the Champions League Group Stage when he took charge of group D fixture between Rubin Kazan and Barcelona, ending in a one all draw. He also took charge of the match between Chelsea F.C. and FC Spartak Moscow on 3 November 2010.

He has also refereed the UEFA Europa League Round of 32 match Manchester City-Dynamo Kyiv on 17 March 2011, which ended in a 1–0 win for City, but Dynamo Kyiv advanced to the next round after winning 2 to 1 on aggregate. Cakir sent off Mario Balotelli and dished out eight yellow cards. In August 2011, he officiated five games including semi-final between Portugal and France 2011 FIFA U-20 World Cup, hosted in Colombia.

On 18 June, he also officiated the Euro 2012 match between Italy and Ireland where he was very precise when it came to ensuring the correct distance from the ball to the defenders' wall, though he also angered the Irish by sending off Keith Andrews one minute before the end of the game. He was not selected to referee a quarter-final game but he was fourth official in the England v Italy quarter-final. He was selected to referee the Portugal v Spain semi-final match in Euro 2012. On 27 June 2012, he officiated the Euro 2012 semi-final match between Portugal and Spain. Cakir showed 9 yellow cards in this match in 120 minutes.

On 5 March 2013, Cakir officiated the UEFA Champions League match between Manchester United and Real Madrid, and, in a controversial decision, questionably sent off Manchester United player Nani during the second half of the match, a decision that enraged Sir Alex Ferguson in what became his last Champions League game as United manager. On 9 July 2014, he was appointed to referee the 2014 FIFA World Cup semi-final match, between Netherlands and Argentina, which was played in São Paulo.

In the 2017-18 UEFA Champions League, Cakir officiated the group stage match between Bayern Munich and Paris Saint-Germain in December 2017, as well as the round of 16 game between FC Barcelona and Chelsea at the Stamford Bridge on 20 February 2018. Later, he refereed the semifinal second leg match between Real Madrid and Bayern Munich at Madrid.