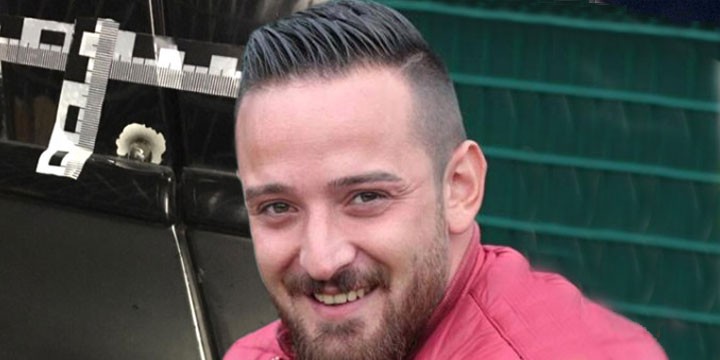 Deniz Naki (born 9 July 1989) is a Kurdish/German footballer who is currently playing for Amed SK.

Naki began his football career at Bayer 04 Leverkusen, but could never make it past its reserves.

On 2 February 2009, he was loaned to Rot Weiss Ahlen, playing eleven games and scoring four goals in his short spell. On 8 February, he made his professional debut in the second division, coming on as a 79th-minute substitute for Marco Reus in a match against FC Augsburg.

On 25 June 2009, Naki left Bayer Leverkusen and signed a three-year contract with FC St. Pauli at the Millerntor-Stadion. He caused controversy on 2 November when, after scoring his team's second goal away at rivals FC Hansa Rostock (2–0 win), he celebrated with a 'cut-throat' gesture towards the opposing fans. He helped with seven league goals as St. Pauli returned to the top level.

Following an unsuccessful trial at Nottingham Forest, Naki completed a move to SC Paderborn 07, signing a two-year contract with the 2. Bundesliga side in the summer of 2012.

On November 5, Naki decided to leave Gençlerbirliği after an alleged racist attack. Naki said he was attacked on the street in the Turkish capital by three men shouting racist abuse and challenging him over his support for the Syrian-Kurdish town of Kobane, which is battling a siege by Islamic State (ISIS).

In February 2016 Naki was suspended for 12 games and received a large fine after allegedly expressing support for the PKK, in the Kurdish-Turkish conflict. He had written on his personal Facebook page that he dedicated the victory, a win over Bursaspor in the Turkish Cup, to those killed and wounded "under the oppression that has gone on for 50 days in our land," referring to the imposed curfews in numerous Kurdish towns.

In January 2018 shots were fired at his car.

As a member of the Germany U-19 team, Naki represented the nation at the 2008 UEFA European Under-19 Football Championship, played in the Czech Republic.