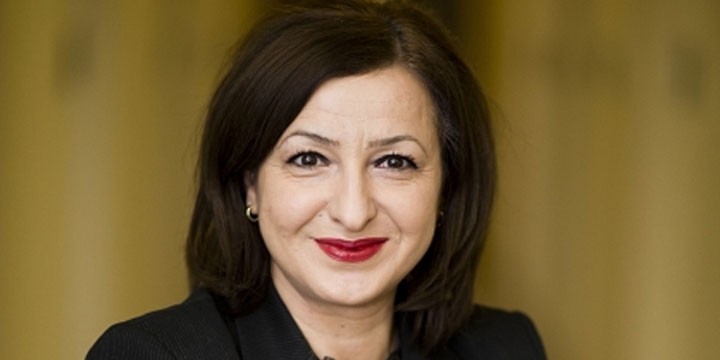 Dilek Kolat Kalayci is a German politician and member of the Social Democratic Party. She has been serving as State Minister for Health, Care and Equality in the government of Mayor Michael Müller since 8 December 2016. Born on February 7, 1967 in Kelkit, Turkey, and she is married to Hivzi Kalayci. They have no children. Professional career: 1986 High School in Neukölln Studies at the TU Berlin with the degree Diplom-Wirtschaftsmathematikerin Activity at Deutsche Kreditbank AG in the areas of controlling, asset management and compliance Political career: 1995-1999 member of the district council Schöneberg since 2001 member of the House of Representatives of Berlin for the constituency Friedenau in the constituency Tempelhof-Schöneberg 2004-2018 district chairman of the SPD Tempelhof-Schöneberg and member of the state executive committee of the SPD Berlin 2006-2011 Deputy Group Chair and Group Fiscal Spokeswoman, Member of the Main Committee and Chair of the Asset Management Subcommittee 2011-2016 Senator for Employment, Integration and Women 2014-2016 Mayor of Berlin and Deputy Mayor of Berlin Since December 8, 2016 Senator for Health, Care and Equality