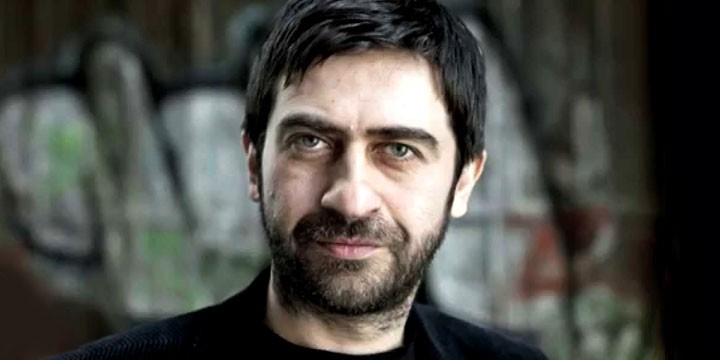 Emin Alper (born 1974 in Karaman, Turkey) is a Turkish filmmaker and historian. His directorial debut, Beyond the Hill won the Caligari Film Prize in the 62nd Berlinale and Best Film at the Asia Pacific Screen Awards. His second feature Frenzy won the Special Jury Prize after premiering in competition at the 72nd Venice International Film Festival.

During his university years, Emin Alper was an active member of the cinema club, spending most of his time with friends thinking on and discussing about cinema. They would organize seminars with the prominent filmmakers of their time, Nuri Bilge Ceylan and Zeki Demirkubuz. He began writing scripts and film reviews. Together with his friends, he published the film magazine “Goruntu.” It was during his university years that his lifelong love for cinema shaped, persuading him to pursue filmmaking as a career.

After graduating from Bogazici University with a degree in Economics, Alper furthered his Academic work, receiving his PhD in Modern Turkish History. Emin Alper subsequently began teaching at the Department of Social Science at Istanbul Technical University. He wrote on cinema and politics at several magazines including Tarih ve Toplum, Birikim, Mesele and Altyazı.

Gaining experience from watching other filmmakers and taking role in their short films, Emin Alper went on to make his first independent short films, The Letter in 2005, and Rıfat in 2006; the latter won Best Short Film at the Bucharest International Film Festival (2008) and the Special Audience Award at the !F Istanbul International Film Festival.

His breakthrough came in 2012, with his directorial debut, ''Beyond the Hill, “about the repressed violence and projections of a Turkish family on holiday."

Following his first feature, Alper made his second feature, Frenzy (2014), a psycho-social drama/thriller about a society“ brought to heel by its fear of terrorism” in which two brothers — one a paroled convict secretly recruited to ferret out terrorists by examining the contents of trash bins, the other hired to kill stray dogs — are sucked into a whirl of state-sponsored distrust. Frenzy was profoundly timely in its subject matter, loudly echoing the current turmoil of politics in Turkey and the Middle East. Alper says of Frenzy, ‘It shows how the political system turns “little men” into the cogs of its violent mechanism by providing them with authority and the instruments of violence, which in the end turn against them and lead to their destruction.’

Premiering in competition at the 72nd Venice International Film Festival, Frenzy was awarded the Special Jury Prize. The film won the Jury Grand Prize at the 9th Asia Pacific Screen Awards. Both Beyond the Hill and Frenzy were chosen as the Best Turkish Film by the Turkish Critics' Association in 2012 and 2015.