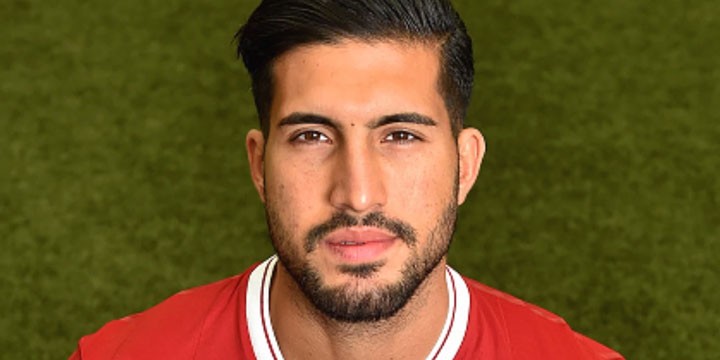 Emre Can (born 12 January 1994) is a German professional footballer who plays as a central midfielder for English club Liverpool and the Germany national team. A versatile player, Can has also played as a defensive midfielder, centre back and full back.

Born in 1994 to Turkish parents in Frankfurt, Can joined local side SV Blau-Gelb Frankfurt at the age of six and remained at the club until 2006, when he joined the youth academy of Eintracht Frankfurt. During his time with both Frankfurt clubs, he predominantly played in midfield where he assumed an attacking role. In 2009, at the age of 15, he relocated to Bavaria after being signed by Bayern Munich.

At Bayern Munich, he played mostly in the club's reserve side before transferring to Bayer Leverkusen in 2013. A season later, he was signed by Liverpool for £9.75 million where he has since made over 150 appearances across all competitions.