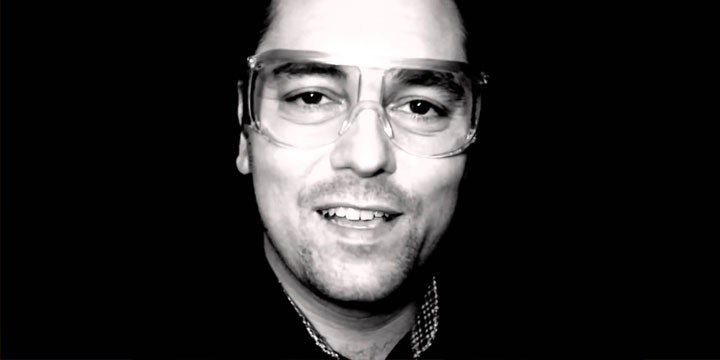 Erci E. (Erci Ergun) was born and raised in Berlin in 1973 as the son of Turkish parents. It became clear early on that life with different cultures needed new ways of thinking and concepts. The ability to draw from both cultures and to unite them in music was and still is the source of his inspiration.

At the beginning of the 90's, after 2 years of study at the Political Science Faculty of FU Berlin, he worked as a DJ and a showhost at Kiss FM Berlin. Kiss FM was the first "Black Music" channel in Germany. There he had many musical influences from the areas RnB, Soul, Hip Hop, Funk and Electro.

Erci E's own productions made progress and soon came the first release. Hip hop with oriental influences and Turkish rap. In 1994 he met the rap duo "Karakan" from Nuremberg and the group "Da Crime Posse" from Kiel. These 3 acts released the joint album "Cartel" A surprising big hit with a million records sold.

Oriental Hip Hop was born again. Erci continued on this path with his first solo album "Sohbet" in 1997.

In the same year he also produced the film music for the ZDF television film "Ich Chef, Du Turnschuh". In 1998 his first German-language song was released "Because I'm a Turk". The song ironically takes typical stereotypes of German-Turkish life together.

Also on the radio Erci E. was active. At the RBB he was a regular member of the "Radio Multikulti" moderators.

In 1999 he collaborated with Peter Maffay on his project "Begegnungen". A highlight for Erci and a great success overall, which culminated with a joint tour of Germany.

In 2005, he released his second solo album "Bin Arabama" The production style and style of the song were more mature and mature than before and brought fresh wind into the music scene.

From 2008 he moderated at 2 radio stations Fritz (RBB) Berlin and You FM (HR) Frankfurt a.M.

In 2011 the project "Cartel" was revived after 15 years and a new album was released: "Bugünkü Nesen Cartelden"

In 2012 his single "Iki Tek" was released on the most successful Turkish Hip Hop compilation "Organize Oluyoruz 2".

In 2013 his german single "Deutschland Sensin" was released on the label of DJ Tomekk (Boogie Down Berlin).

Erci continues to be heard on the radio. At Metropol FM with his own radio show "Turkish Delight" and at Radio Fritz in Soundgarden.