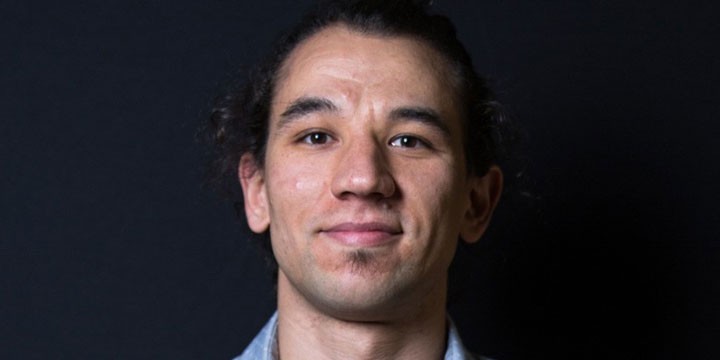 Erdem Gündüz is a Turkish dancer, actor, performance artist, choreographer, and teacher who, as a result of his actions during the 2013–14 protests in Turkey, has become "the face of the protest movement against the Turkish government." He became internationally known as "The Standing Man" in June 2013 when he stood quietly in Istanbul's Taksim Square as a protest against the Islamist government of Recep Tayyip Erdoğan.

Gündüz is interested in the use of "improvisation, ritual, and public action as tools for investigating political realities and social movement."

Gündüz was born in 1979 in Ankara, grew up in İzmir, and now lives in Istanbul.

From 1996 to 2002, he studied in the Electrical and Agriculture departments at the Aegean University in Izmir. In 2003 he transferred to the Yıldız Teknik Üniversitesi in Turkey, where he studied art, design, music, and dance, receiving a B.A. degree. In 2007, as a participant in an exchange program, he took a course at the John F. Kennedy Center for the Performing Arts in the U.S. A year later, he attended a course in “ImPulzTanz” at the Vienna International Dance Festival. In 2008 he completed his studies with a Master of Performing Arts at Mimar Sinan University in Istanbul.

Gündüz has exhibited art works at the Modern Dance Society and Aegean University in Izmir; at the Middle East Technical University in Ankara; at the Istanbul Contemporary Art Museum, Galata Art Space, and the BM Contemporary Art Center in Istanbul; at the Büyük Salon in İzmit; and at the International Festival of Choreographic Miniatures in Belgrade. He has participated in several group projects in Istanbul and Ankara, and has been involved in a number of "dance performance experiences" and "theater performance experiences" in Istanbul, Ankara, Sarajevo, Venice, and elsewhere. He has also been a street performer for many years.