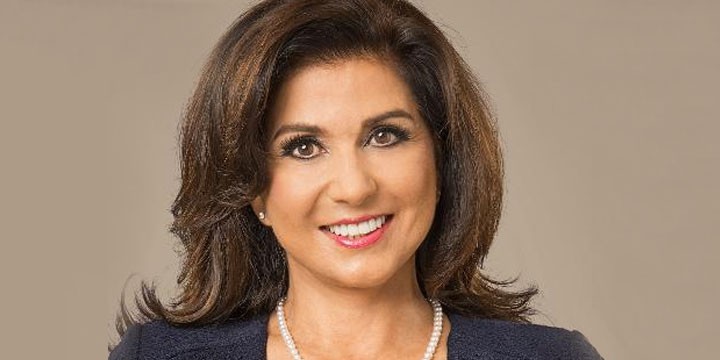 Entrepreneurial and humanitarian – Eren Ozmen embodies an inspiring American Dream story, bringing her passion and determination to build one of “The World’s Top 10 Most Innovative Companies,” including to space with SNC’s Dream Chaser® program. Eren joined Sierra Nevada Corporation (SNC) in 1988, shortly after receiving her MBA from the University of Nevada, Reno. With the same boundless energy and dreams they brought to the U.S. from Turkey as college students, Eren and her husband Fatih Ozmen acquired SNC in 1994. As sole owners, they launched plans to expand the company. The Ozmens’ strategic leadership—including targeted acquisitions, disciplined financial and technical management, and an unwavering focus on integrity—resulted in SNC’s growth from a small firm of 20 employees into one of the top woman-owned federal contractors in the United States. Today SNC is a team of nearly 4,000 people in 33 locations in 19 U.S. states, England, Germany, and Turkey. Driven to dream, innovate and inspire, Eren and Fatih have steered SNC to expand in new and promising directions, including 19 acquisitions. The entire SNC team is committed to customer-centricity, surpassing the status quo, and entrepreneurial thinking. Not one to rest on previous success, Eren is always looking ahead with optimism and energy—continuously improving, adapting, and innovating to creatively build toward the next challenge. She is actively involved in all key aspects of SNC’s business management and prioritizes healthy work-life policies. Under her leadership, SNC has received numerous awards for innovation, growth, and employee satisfaction. Eren’s vision for making a positive impact extends beyond the walls of the company. The Ozmens founded the Ozmen Center for Entrepreneurship in 2014. Based at the University of Nevada, Reno, the Center fosters collaboration across varied disciplines and geographies. The Ozmens received honorary doctorate degrees from the University of Nevada, Reno, in 2016. In 2018, Living Legends of Aviation introduced the Aviation Entrepreneur of the Year Award named in Eren's honor. It will now be called the Eren Ozmen Aviation Entrepreneur of the Year Award.