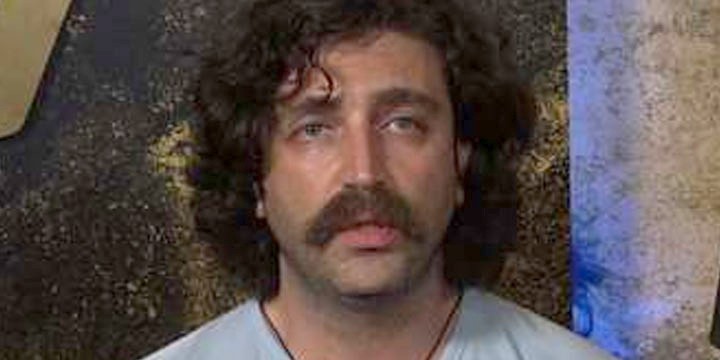 Writer/Director Ertuğ Tüfekçioğlu realized his passion for storytelling at an early age. Born and raised in Türkiye, Ertuğ began writing amateur comedy plays during his junior high school days. While directing and performing with his fellow classmates at Middle Eastern College, his interests focused on cinema.

Ertuğ moved to Los Angeles and enrolled at Santa Monica College, where he wrote and directed his first short film— Prerequisite to be screened at SMC Student Film Festival. Ertuğ continued on to the production program at USC, writing and directing commercials during his tenure. In 2001, he scripted another short film—Zarpa!, which was well-received by his peers and screened at the Ann Arbor Film Festival.

After completing a language and cultural studies program at the Italo Calvino School in Florence, Italy, he returned to LA to earn his BA degree from USC Film School. In 2003, Ertuğ began a collaboration with Califa Productions and continued to develop and produce several web-based projects and commercial specs over subsequent years.

Next, he wrote and directed his feature documentary debut—Ya Tutarsa? (What If It Could Happen?). The film screened at several festivals internationally and was bought by Digitürk documentary channel—İZ TV. The same year Ertuğ directed and co-wrote Well Sooted (Gönlümün İsi), which was selected to Hisar Top 10 Shorts in Bosphorus University.

During a residence in California, he wrote his first feature screenplay—Ache, a drama about a Turkish saz player in Los Angeles seeking relatives of his great uncle’s Armenian lover. In the meantime, he directed Dig Comics produced by Miguel Cima and won best documentary award at Comic-Con International Independent Film Festival.

He penned a second feature screenplay—Strawberry, a romantic drama between a young Turkish bartender from the Mediterranean coast and a bisexual Swedish superstar visiting Turkey for a summer.

Ertuğ returned to Türkiye in 2010, and subsequently directed and edited the successful, award-winning short film— Direk Aşk (Love Is Blind), which debuted at Cannes.

He then composed his first novel adaptation for PİÇ (Bastard) by Hakan Günday. This adaptation led him to a collaboration with the accomplished author, and together they penned the multi-award-winning short film—The Midpoint of A Very Long Story in Paris, which originated from a short story Hakan had written for the theater.

In 2018, Ertuğ wrote the treatment for a 10-episode reality web series—'Catching up with Andropause' ('Andropoza Yetişmek'). This autobiographical story centers on 2 middle-aged men deciding to become motorcycle racers after they lose a longtime mutual friend and legendary motorcycle enthusiast, 'Man In The Golden Suit' ('Altın Elbiseli Adam'), in an odd motorcycle accident.

Ertuğ’s latest efforts include scripting a treatment for a fantasy drama web-based series—Akraba aka Relative, about a power struggle between villagers with superpowers, corrupt hotel owners, and packs of wild animals around a popular ski center nestled along with a volcano in Bursa, Türkiye.

Ertuğ is fluent in three languages. He regularly travels between İstanbul, Europe, and Los Angeles.