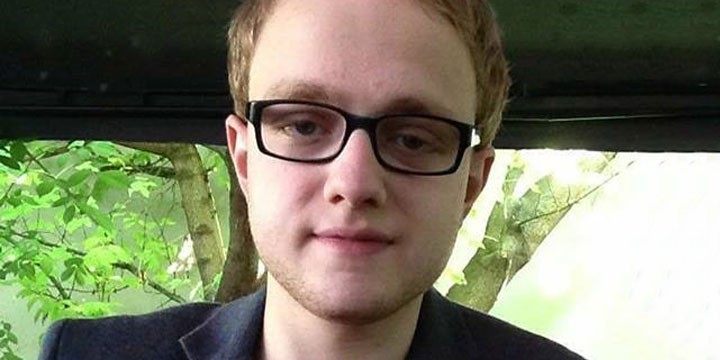 Ferhat Can Buyuk (born, December 26th, 1997) started first piano lessons with Aytaj Rizaguliyeva when he is 5. In 2008, he was accepted by Prof. Meral Yapali for her piano class, going through Istanbul State University Conservatory School’s placement exam. In the same year he earned “The Promising Pianist” award in KASDAV events, organized by Municipality of Kadikoy, Istanbul.

Buyuk gave his first performance when he was 6 in Marmara University Concert Hal.  He performed his first concerto when he was 15, in accompany with Istanbul State Symphonie Orchestra conducted by Chef Antonio Pirolli. He performed in many other international concerts and recitals.

Awarded first place in 2015, in the event named “Shining Stars in memory of Meriç Soylu” which is organized every year by İş Sanat. He also took stage in the same year with Borusan Philharmonic, conducted by Chef Sacha Goetzel, for the opening concert of İs Sanat Festival. His achievements appreciated many times by national printed media and TV channels both by interviews and concert reports.

Earned the masterclass scholarship from “International Holland Music Sessions” for the first time as a Turkish student, selected among numerous young talents. He has also been invited to several prestigious recitals held in Netherland / Bergen in August 2016 as a part of this organization. Recordings of those sessions have been but on the air in TRT3, the National Radio Broadcast Channel.

He proudly represented his country in the “Commemoration of Chopin” concert in Warsaw, which was held jointly by Chopin Institution and Turkish Warsaw Consulate. A full page interview published afterwards in the Gazeta Pomorska, a recognized Polish newspaper. He took stage in Poland, where he studied music, together with various musicians from diverse countries along the series of “International Civic Culture” concerts. He’s also performed several pieces from his repertoire in a live radio broadcast at Radyo Polska.

With the help of Borusan Kocabiyik and Enka Foundations scholarship support, Ferhat Can Büyük still continues to his piano education in Prof. Ewa Poblocka’s piano class at The Feliks Nowowiejski Academy of Music in Bydgoszcz - Poland.