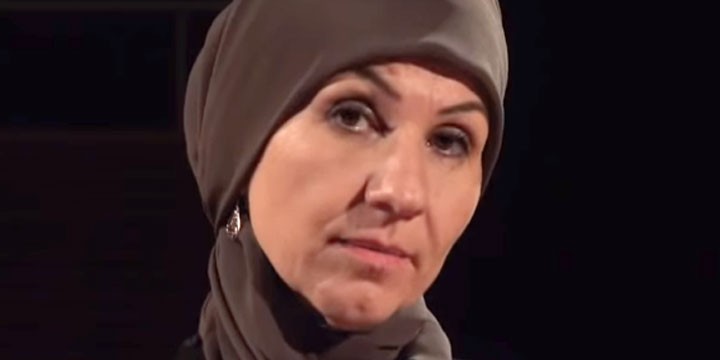 Born in Turkey, Hale Isıl Cosar migrated to Australia with her parents and older sister at the age of three. Her parents worked in factories and at times  worked two shifts. So when she turned nine, she and her sister were sent to live with her grandparents in Izmir. Their younger sister who was born soon after their arrival in Australia was already sent there to be raised by her grandparents. Through the 70’s and 80’s all three sisters were sent back and forth between Sydney and Izmir so they could receive a bicultural and bilingual education.

During their childhood years in Australia, her mother had bought an industrial sewing machine and sewed through days and sometimes nights. By this stage her dad was heavily involved in community work especially setting up community language schools and preparing resources for the Turkish teachers. In one of her early poems she wrote, our house is half dust from mum’s sewing and half paper from dad’s clippings.

As young women, Cosar and her sisters had a lot of time alone as they were not allowed to go out much. Their parents however did instil in them a love of reading. Their favourite books were those by the Bronte sisters, inspiring them to write to one day be as famous as the Bronte sisters. They read to each other words scribbled on napkins at cafes or lines they loved from famous poets. Then, they all had to ‘grow up.’ Like most people they put a hold on their passions because they had to have jobs to pay their bills because in those days that was what growing up meant.

In her mid 30’s she started to regularly wake up  around 2 or 3 am feeling restless but also inspired to write. When she first started writing, she was very private about it. Like most writers and artists, she did not have the confidence to even talk about her work let alone share it.

Two things happened in 2006 that made her come out of her shell. First she read the biography of Emily Dickinson which encouraged her to stop hiding her poems. Then she attended a Sydney Writers Festival event ‘Writing on Gravestones’ by a group of Iraqi poets and decided it was difficult but beautiful to share one's work.

She then joined a writing group and has been writing ever since. She now performs her work at festivals, slams, reading groups,schools and exhibition openings.