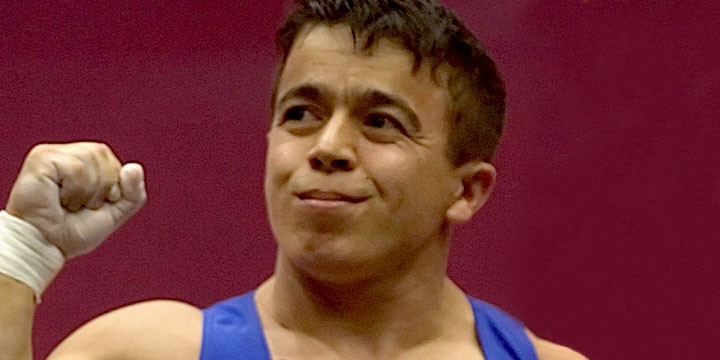 Though standing a diminutive 1.5 metres (4 feet 11 inches) and weighing 56 kg (123 pounds), the “Little Dynamo” had loomed large over the weight-lifting stage and in the Turkish imagination. Though Mutlu consistently emerged victorious, his matches continued to hold an air of suspense, as he repeatedly broke his own world records.

Born to Turkish parents in Bulgaria, he defected to Turkey in 1989 in the footsteps of fellow ethnic Turk and weight-lifting great Naim Suleymanoglu, who had left Bulgaria three years earlier to escape the government’s “Bulgarization” of the Turkish minority. After the move he changed his name to Mutlu from Hubenov to reaffirm his Turkish heritage, and he became a member of the renowned weight-lifting team in Ankara.

At age 18 Mutlu began competitive weight lifting, and he placed fifth in the 54-kg weight division at the 1992 Olympic Games in Barcelona. Two years later he swept both the European championships and the world championships, and he subsequently missed placing first in only one international competition (Chinese lifter Zhang Xianseng bested him at the 1995 world championships).

At the 1996 Olympic Games in Atlanta, he set an Olympic record when he won gold. In 1999 Mutlu, who had by then set more than 20 world records during his career, won gold at that year’s world championships and was named Turkey’s Best Sportsman of the Year. Mutlu won gold the following year at both the 2000 European championships and the 2000 Olympic Games in Sydney; in Sydney he also set three world records: one in the snatch (138 kg), one in the clean and jerk (167.5 kg), and one for the total weight lifted (305 kg).

In spite of serious injuries suffered in 2002, he emerged from the 2004 Olympic Games in Athenshaving won his third consecutive gold medal. The following year, however, Mutlu tested positive for anabolic steroids and was banned from the sport for two years, though he maintained that he had not knowingly consumed any performance-enhancing drugs.

Mutlu later began training in preparation for the 2008 Beijing Olympic Games, but in July 2008 he announced his withdrawal from the competition, citing an inability to lift his target weight in practice.