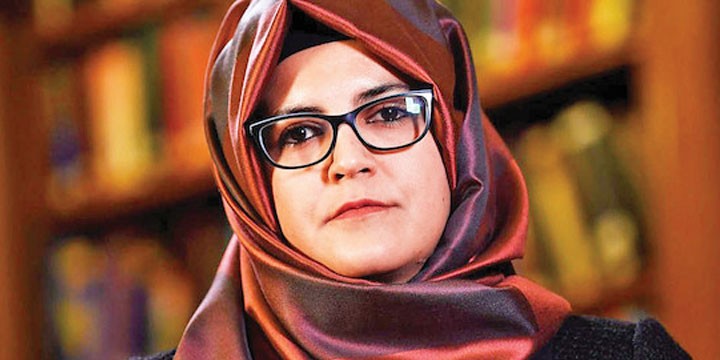 Born in Istanbul, Turkey, on April 6, 1982, Hatice Cengiz grew up in a conservative middle-class household as one of five kids.

She attended a Christian seminary in Bursa’s Turkish town. The family relocated to Istanbul subsequently. Her dad, a cookware dealer, was rich enough to help her throughout her education, which included two years of studying Arabic in Egypt and a period of studying a master’s thesis in Oman. She is now a PhD student, centered on the nations of the Arab Gulf.

Hatice Cengiz is a Ph.D. student at Istanbul University, in continuation of her bachelor study there.

Cengiz was married to Turkey’s actor Deniz Oral and has a son, Dogu Berke Oral, from that marriage but their union ended in divorce.

She went on a relationship with Jamal Khashoggi, a Saudi dissident, a journalist for The Washington Post, and former general manager and editor-in-chief of the Al-Arab News Channel. Khashoggi proposed and Cengiz accepted. Khashoggi bought a house in Istanbul and the couple started making plans for a wedding, which required him to prove his divorce in the United Arab Emirates.

As they were waiting for his divorce documents to arrive from the UAE, on 2 October 2018, the couple dropped by the Saudi Consulate in Istanbul to ask for the papers. Hatice Cengiz waited outside and Jamal Khashoggi went in the consulate building, but he never came out.

Upon her inquiry and informing the Turkish police, it was soon discovered that he was executed and dismembered upon entry, the news of which caused an immense international reaction and media fury worldwide.