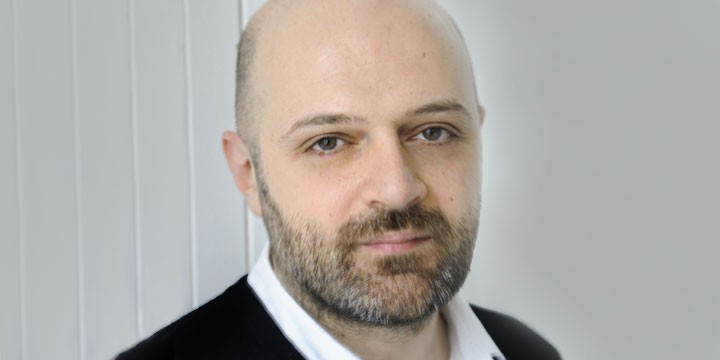 Lauded as one of the most cerebral designers of his era, Hussein Chalayan’s innovative mix of design, science and art in creating his fantastical seasonal collections has won the designer significant acclaim and exhibitions in some of the leading design and art museums around the world.

The seminal designer’s futuristic designs have included dresses containing moving airplane parts, a robot dress loaded with Swarovski crystals and Tyvek garments that resembled furniture and could be folded down to envelope size. They have been showcased in museums such as the Palais du Louvre, London’s Design Museum, the Metropolitan Museum of Art in New York and the Museum of Contemporary Art in Tokyo.

Having undertaken a foundation course at Warwickshire School of Arts, Chalayan began studying at London’s prestigious Central Saint Martins in 1989, quickly earning a name as one of the most radical design students within his class. In 1993, the budding designer’s final graduation collection, entitled the ‘Tangent Flows’, presented an artfully decomposed and rusted sartorial offering that had been buried underground for six weeks with iron fillings. The collection was bought in its entirety by high-fashion boutique Browns, who showcased the collection in their window displays. In 1994, having completed an internship with Savile Row tailor Timothy Everest, the Cypriot designer established his own company, Cartesia Ltd., and his namesake ready-to-wear line, Chalayan, exhibiting his first collection in London’s West Soho Galleries that spring and debuting at London Fashion Week to resounding critical acclaim.

In 2015 Vionnet appointed Hussein Chalayan as a member of the creative team for ready-to-wear. In September of the same year, Chalayan opened his first flagship store in London.

Chalayan has been awarded the prestigious ‘Designer of the Year’ award at the British Fashion Awards in 1999 and 2000, as well as being recognised as a ‘Design Star’ at the 2007 Fashion Group International awards. Along with being listed as one of the ‘25 most powerful figures in the industry’ by the British Fashion Council, Chalayan was also credited by Time magazine as one of its ‘100 Most Influential Innovators of the 21st Century’.