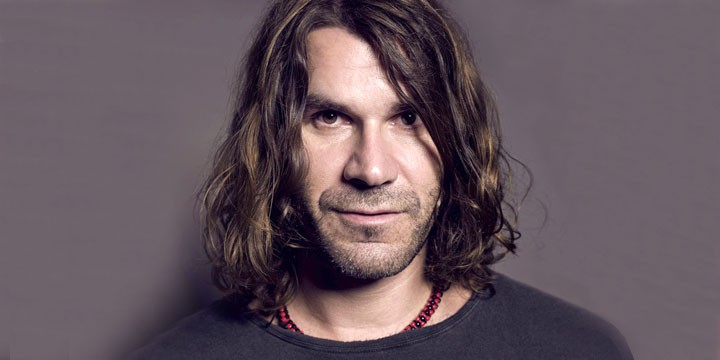 Ilhan Ersahin is a Swedish–Turkish musician and bar owner, raised in Stockholm and based in New York City since 1990. As a musician, Ersahin has performed and recorded with various musicians as well as his own projects/bands, Wax Poetic, Love Trio, Our Theory, I Led Three Lives, Wonderland and Istanbul Sessions.

Most of those bands formed or sparked because of Nublu, the club he opened on Avenue C in Manhattan's Lower East Side in 2002. The club was then on the cusp of intensive gentrification. It became a hub for musicians and DJs. Being a club in Manhattan, the music of Africa, the Caribbean and Brazil also became part of the Nublu mix, and the club became well known for its Wednesday night Forro in the Dark Brazilian sessions.

Key to the scene was the creator of Conduction, Butch Morris, long a downtown fixture. Ersahin became part of different Morris projects in the late 90s. When Nublu began, they devised a new project that would apply Morris's Conduction methods to the Nublu sensibility. The result was a new direction for Morris; within the context of The Nublu Orchestra he began incorporating more beats and electronica into his sound. The ensemble became a big part of the club's identity.

The intense creativity that revolved around the Nublu club prompted Ersahin to start a Nublu label in 2005 as a platform for his own groups and those of his fellow players who made the club their home from home. Artists on Nublu Records include Ersahin's bands, Love Trio, Our Theory, Istanbul Sessions, I Led Three Lives, Wonderland and Wax Poetic; electronic dance-pop acts Hess Is More, aka Danish musician Michael Hess, praised by WNYC.com for his cinematic sensibility, and Kudu, the edgy Brooklyn-based trio; Turkish DJ Baris K; Brazilian band 3 Na Massa, Brazilian singer Otto and Calibro 35 from Milan, Italy.

Ersahin has been actively involved in promoting festivals from his earliest days in New York. He directed Istanbul's Akbank Jazz Festival and the Istanbul International Jazz Festival jam sessions for four years in a row, starting in 1996. There, he jammed alongside the likes of Sam Rivers, John Zorn, Dave Douglas, Roy Hargrove, Marcus Miller, Nicolas Payton and many more. The Nublu Jazz festival first came to be in 2009 and is now a yearly event in New York City, Sao Paulo and Istanbul.

The Sun Ra Arkestra, Robert Glasper, Junip, Erik Truffaz, Roy Ayers, Bugge Wesseltoft, Tulipa Ruiz, Mark Turner, Graham Haynes and Adam Rudolph are among the many who have attended the Festivals so far. Ersahin told the French newspaper Liberation, who hailed him as the King of Manhattan's downtown, "Istanbul reminds me a lot of New York and Sao Paulo. Young people go out all the time and there are lots of interesting places to go."