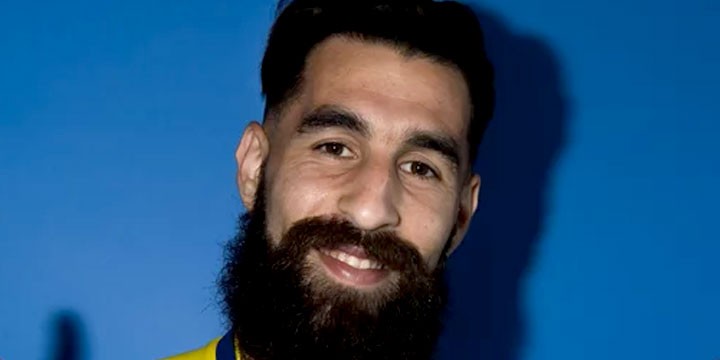 Jakup Jimmy Durmaz (born 22 March 1989), formerly known as Jimmy Touma, is a Swedish footballer who plays as a winger for French club Toulouse and the Swedish national team.

He began his career at BK Forward and moved in 2008 to Malmö FF, where he won the Allsvenskan title in 2010. He had two seasons each with Gençlerbirliği of Turkey and Olympiacos of Greece, winning two Superleague Greece titles and one Greek Cup.

Durmaz made his senior international debut for Sweden in 2011. He was part of their squads for UEFA Euro 2016 and the 2018 FIFA World Cup.

Durmaz was born in Orebro, into a Syriac Orthodox family. His father migrated from Midyat in southeastern Turkey. He began playing for BK Forward in his early teens.

Durmaz made his debut for Sweden on 8 February 2011 in a friendly game against Cyprus. Durmaz was selected for the annual training camp for the Sweden national team in January 2012. The squad selection for the camp traditionally feature the best Swedish players in domestic and other Scandinavian leagues.

In May 2018 he was named in Sweden's 23-man squad for the 2018 FIFA World Cup in Russia. After conceding a last minute free kick against Germany in the group stage, from which Toni Kroos scored to beat Sweden 2–1, Durmaz was subjected to racial abuse on social media, focusing on his ethnicity.