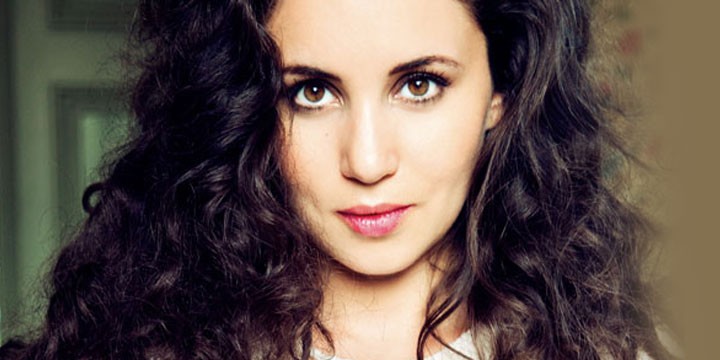 Karsu is an Amsterdam born singer, pianist and composer named after the village of Karsu in the Turkish province of Hatay. While her music style is a blend of various genres, jazzy pop is probably the best description for it. At age 7 her parents bought a piano with money that they had put aside for buying a car. At 14 she was making a name for herself by performing at her parents' restaurant.

Karsu came to prominence after perfomances at the Carnegie Hall in New York and several appearances on the Dutch television.

In October 2012, her first studio album "Confession" followed, which was received positively by the press.

On "Colors" from 2015 her compositions are more poppy, playful and cheerful than her previous work. The title of the album refers to Karsu’s bicultural background, with roots in Turkey and Amsterdam.

In 2016 the Edison Foundation awarded Karsu with the Edison Audience Award for her work on "Colors".

In 2018 Karsu released "Play My Strings (Live, The Royal Concertgebouw)" and was on tour with "Karsu - Plays Atlantic Records".

In November 2019, she launched a more personal album, "Karsu", which met the audience in the Netherlands and Turkey on an intense two-month tour.