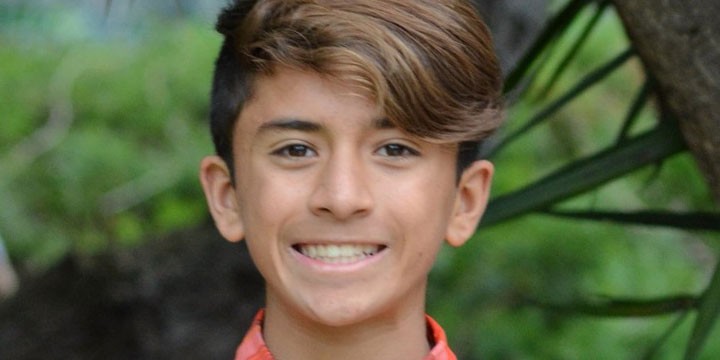 Kenan has been volunteering for a variety of homeless causes since kindergarten. But a day at the beach spurred him to ramp up his commitment. On the shore, he saw a crowd of people gathered around a sick baby seal, trying to figure out how to save its life. Then, on the car ride home, Kenan saw a homeless man begging for help – and people just walked on by. “I sat in the car thinking about why a sick baby seal was surrounded by concerned citizens while a hungry homeless man was receiving no help,” he said.

Soon after, Kenan started his “Food4Homeless” program, which over the past few years has been instrumental in providing more than $5,000 in monetary donations to homeless shelters in San Diego. The program also has served meals to more than 2,000 homeless individuals at local soup kitchens.

Last year, Kenan led fellow students at his school in collecting nearly 4,000 boxes of cereal to create the world’s largest cardboard-box mosaic on the school’s gymnasium floor, setting an official Guinness World’s Record. All of the boxes – plus an additional 2,000 – were then donated to the Interfaith Community Shelter.