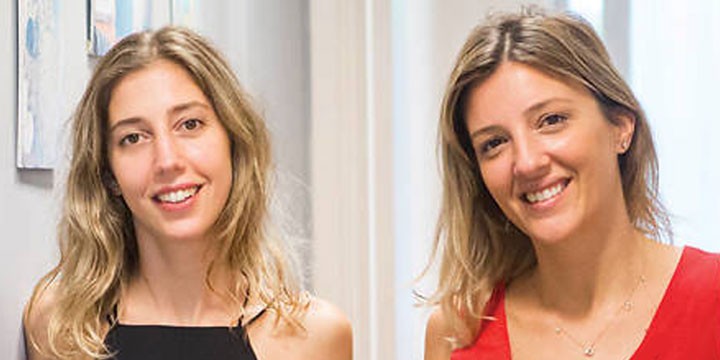 Beste and Merve Manastır, are the co-founders of the MANU Atelier brand. They are the daughters of one of the oldest handcraftsman and leather goods manufacturer in Istanbul, Turkey. They launched MANU Atelier in February 2014 under the umbrella of “Yeşim Çanta” which was established in 1976. The desire of presenting their father’s artisanship and unique talents in creating and manufacturing handcrafted leather goods; brought the sisters together as business partners.

The brand aims to preserve its loyalty to the old, while presenting its products to modern women of the new age by combining premium leather with pure handcraftsmanship.

“Our father is a handicraftsman since 1961 and our childhood passed by combining the vestigial leathers and by making miniature handbags with them. Handbag is the most tangible face of our childhood and infatuation with our father and his artisanship. Smell of the leather which ties the past and the present.. A father who started apprenticing for his masters to become a craftsman and became infatuated with it when he was only 11.. Mini backpacks and waist bags that he made for us when we were little.. The balcony of his first atelier above Istiklal Avenue.. Beyoğlu district, infatuation with history and craftsmanship.. These were in existence both in our hearts and our minds while we were dreaming about this brand. And they will always be. In brief, the history of MANU Atelier has already started many years ago when we were yet two little girls; it was just born in February 2014.”

How the story began

It was in 1954 that a 2 year-old boy and his family immigrated to Istanbul from Manastır (Bitola), Macedonia by train. When he was only 11 years old, Adnan Manastır made a decision that would not only change his own life, but the lives of his daughters: he would become the “handcraftsman”. 1961–1966 Adnan Manastır started apprenticing for his German master Robert Kutchera. After working there for 5 years, the inn where their atelier has operated, had burned. 1966–1967 He started to work with Yordan Apostolidis until he migrated from Istanbul in 1967. 1967–1976 Adnan Manastır has worked with his first journeyman Ovrestes Semerciyan for 9 years and he quickly became a valued craftsman at the atelier.

These were the roots of his career in an artisanal industry. 1976 He opened his own workshop on Istiklal Avenue which is the most famous avenue in Istanbul, Turkey and located in the historical Beyoğlu district. Since the Atelier’s creation in 1976, Adnan Manastır pursued its vision refining the cultural heritage of craftsmanship. By February 2014, Adnan Manastır’ daughters Merve and Beste have launched Manu Atelier (Handcrafted Luxury Leather Goods & Accessories Brand) with exactly the same vision and passion as their father.