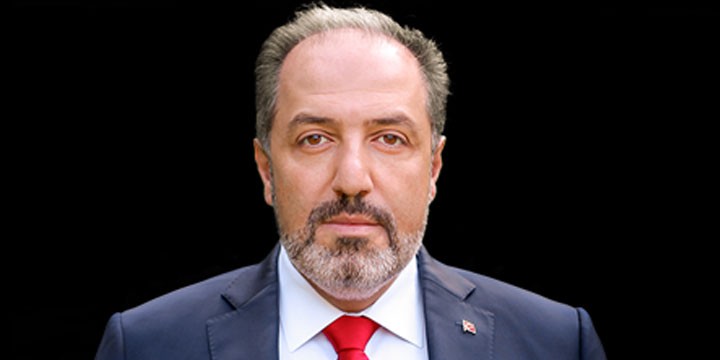 Born in 1975 in Bayburt, Yeneroglu moved to Cologne, Germany with his family. After completing his primary, secondary and high school education in Cologne, he graduated from the Faculty of Law at the University of Cologne, one of the leading law faculties in Germany. I got his accreditation to Turkey from Izmir Dokuz Eylül University Faculty of Law. He is married and has three children.

Since 1987, he actively participated in civil society activities abroad for about 27 years. He worked at various levels in the National Society of Islamic Society (IGMG). Between 2011 and 2014, as IGMG Vice President and, lastly, IGMG Secretary General, he pioneered various activities for Muslims living in Europe.

He worked on the problems of Turks and Muslims in Europe, religious freedoms, discrimination, problems of Turkish Expats; minorities, foreigners and citizenship law, immigration and diaspora policies, foreign culture, education and religious policies. He has been actively involved in political and legal work on immigration and minority rights in relation to the growing hostility towards Islam in Europe, monitoring and coordinating hundreds of cases.

For many years he was the editor-in-chief of the news-commentary magazine “Perspective" and the editor-in-chief of the culture-art-philosophy magazine “Sabah Ülkesi “. He focused on Turkish Expats, did several studies in the raising of Turkish broadcasting to retain their culture and identity. In this direction, I realized many projects and provided scientific and cultural services.

He served as the President of Overseas Turks and Relative Communities (YTB) Overseas Citizens Advisory Board”, Founding President of Federation Against Injustice and Racism. He was also the founding director of a communication agency and publishing house. From 2015 to 2017, he was the Chairman of the Board of Directors of the “Migration Research Foundation“.

On June 7 and November 1, 2015, he was elected as the AK Party Istanbul 3rd Region Deputy in the General Elections. At the 5th Ordinary Congress held on 12 September 2015, he assumed the duty of the Central Disciplinary Committee. In addition, during the 26th Legislative Period 1 and 2 Legislative Years, he served as the Chairman of the Parliamentary Human Rights Investigation Commission, and between December 2017 and June 2018, he was a member of the Turkish Parliamentary Assembly and the Turkish Group of the Parliamentary Assembly of the Council of Europe.

On June 24, 2018, he was reelected as an AK Party Istanbul Deputy. He serves as a member of the EU Harmonization Commission and Turkey-EU Joint Parliamentary Committee as well as the Chairman of the Turkey-Austrian Inter-Parliamentary Friendship Group.

He is the member of the Council of Europe's Parliamentary Assembly (PACE) Turkish Group and the Commission for the Prevention of Equality and Discrimination and the Commission on Legal Affairs and Human Rights, as well as the Vice President of the Free Democrats Group (FDG).

At the 6th Ordinary Congress of our Party held on August 18, 2018, he was elected as a Member of the Central Decision and Board of Directors (MKYK).

On October 28th, 2019 he resigned from AK Party under President Erdogan's orders.