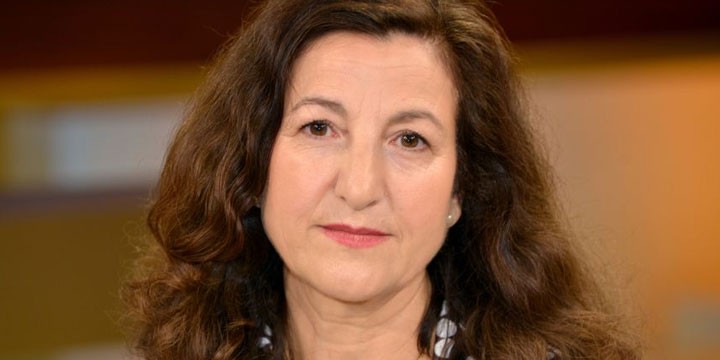 Necla Kelek (pronounced; born December 31, 1957 in Istanbul, Turkey) is a German feminist and social scientist, holding a doctorate in this field, originally from Turkey. She gave lectures on migration sociology at the Evangelische Fachhochschule für Sozialpädagogik (Protestant Institute for Social Education) in Hamburg from 1999 until 2004.

The following section regards Kelek's autobiography, which is part of her book, Die fremde Braut (The Foreign Bride).

Necla Kelek came with her parents from Turkey to Germany at the age of 11 in 1968. After her parents had maintained a western, secular lifestyle in Istanbul, they turned toward religion in Germany. Once, when Kelek dared to contradict her father, he threatened to kill her with an axe. Her father forbade her to participate in school sports, in order to protect her virginity and to preserve the honor of the family.

Her two older siblings still obeyed the conservative views of their parents. As a youth, she, herself, fled into depression ("Hüzün") and then tried open refusal by her efforts in secondary school and university. She alienated herself more and more from her father and her family, and finally left them entirely.

Necla Kelek was first trained as an engineering draftsman. Later, she studied economy and sociology in Hamburg. She worked in a Turkish travel bureau in Hamburg and in an engineering office in Wiesbaden. She was disowned by her family, since they did not want to allow her the right to be independent. She got her doctoral degree in 2001 with an investigation into the coming of age of women in Islam.

Kelek's research subject is the parallel society characterized by Islam in Germany. In 2011, she said, "Being a Muslim is becoming a self-sufficient identity. And this identity consists only of being different — different from the Europeans, different from the Africans, different from the Indians. And this frightens me. [Others] do not state their difference in terms of an utter rejection of the society that hosts them, preparing to take over one day. I often hear those Muslim youngsters bragging that one day this country will be theirs."

She also criticizes those who see themselves as victims, saying "Today, the Turks, or Muslims, are given full access to civil rights, to democracy and liberty — and they reject all that. They have access to good education, healthcare, social welfare, but they voluntarily choose to keep out, to stagnate in parallel worlds. [...] How can they still consider themselves as victims, as the Jews once were in reality?"

She rejects toleration of the repression of both girls and boys in orthodox Islamic families as a misunderstood tolerance. She lives today with her partner.