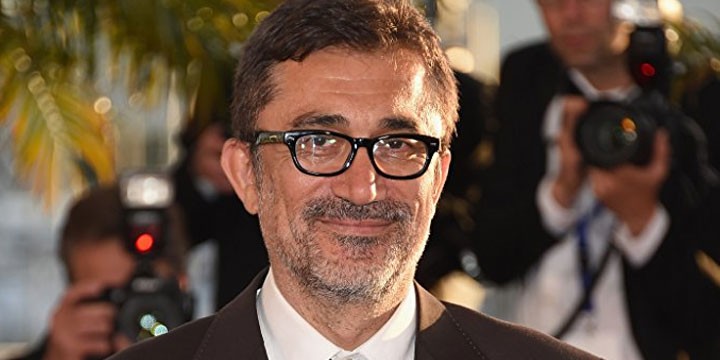 Born in Istanbul in 1959, he studied chemical engineering at Istanbul Technical University and later switched to electrical engineering at Boğaziçi University. His interest in the art of photography, blossomed there and after his graduation in 1985, he spent time first in London, then in Kathmandu and after his return to Turkey he decided to pursue a career in cinema.

He attended the film school at Mimar Sinan University and worked as a professional photographer for commercial projects. He also took acting jobs and studied the entire technical process from beginning to end.

In 1993, he began shooting the short film KOZA (Cocoon). The film was screened at Cannes in May 1995 and became the first Turkish short to be selected for competition at the Cannes Film Festival.

Three full-length feature films followed as a sequel to KOZA, as his 'provincial trilogy': KASABA (The Small Town, 1997), MAYIS SIKINTISI (Clouds of May, 1999) and UZAK (Distant, 2002). In all of these films, Ceylan enlisted his close friends, relatives and family as actors and took on just about every technical role himself: the cinematography, sound design, production, editing, writing and direction...

When UZAK, the final film of the trilogy, won the Grand Prix at the 2003 Cannes Film Festival, Ceylan suddenly became an internationally recognized name. Continuing on the festival circuit after Cannes, UZAK scooped a total of 47 awards, 23 of them international, and so became the most award-winning film in the history of Turkish cinema.

Next to follow in 2006 was IKLIMLER (Climates), which again premiered at the Cannes Film Festival, this time scooping the FIPRESCI Prize. The lead roles in this film were shared by Nuri Bilge and his wife Ebru Ceylan.

In 2009, the director returned to Cannes, this time as a member of the main competition jury.

In 2011, his film "ONCE UPON A TIME IN ANATOLIA" won the Grand Prix again at Cannes Film Festival.

In 2014, his next film "WINTER SLEEP" won the top prize "Palme D'or" at Cannes Film Festival.