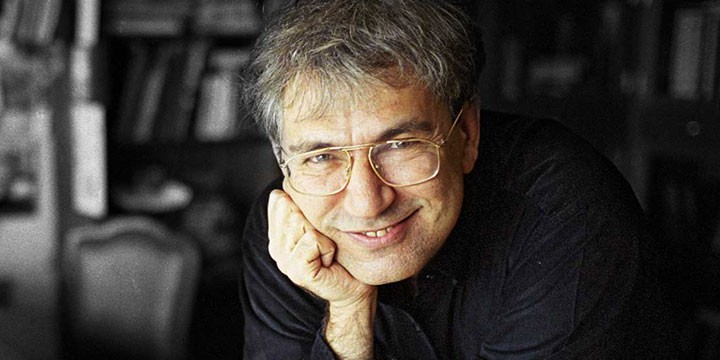 Ferit Orhan Pamuk (generally known simply as Orhan Pamuk; born 7 June 1952) is a Turkish novelist, screenwriter, academic and recipient of the 2006 Nobel Prize in Literature. One of Turkey's most prominent novelists, his work has sold over thirteen million books in sixty-three languages, making him the country's best-selling writer.

Pamuk is the author of novels including The White Castle, The Black Book, The New Life, My Name Is Red, Snow, The Museum of Innocence, and A Strangeness in My Mind. He is the Robert Yik-Fong Tam Professor in the Humanities at Columbia University, where he teaches writing and comparative literature.

Born in Istanbul, Pamuk is the first Turkish Nobel laureate. He is also the recipient of numerous other literary awards. My Name Is Red won the 2002 Prix du Meilleur Livre Étranger, 2002 Premio Grinzane Cavour and 2003 International Dublin Literary Award.

On 12 October 2006, the Swedish Academy announced that he had been awarded the 2006 Nobel Prize in Literature, confounding pundits and oddsmakers who had concluded that Syrian poet Ali Ahmad Said, known as Adunis, was most likely to receive that year's award. There were concerns within Turkey that the decision to award the Nobel Prize to Pamuk was politically motivated. In its citation, the Academy said: "In the quest for the melancholic soul of his native city, [Pamuk] has discovered new symbols for the clash and interlacing of cultures."

Pamuk held his Nobel Lecture on 7 December 2006 at the Swedish Academy, Stockholm. The lecture was entitled "Babamın Bavulu" ("My Father's Suitcase") and was given in Turkish. In the lecture he allegorically spoke of relations between Eastern and Western civilizations using the theme of his relationship with his father.

Pamuk's books broke a record and sold over 200,000 copies after the announcement of his success, leading to him becoming Sweden's best-selling recipient of the Nobel Prize in Literature.