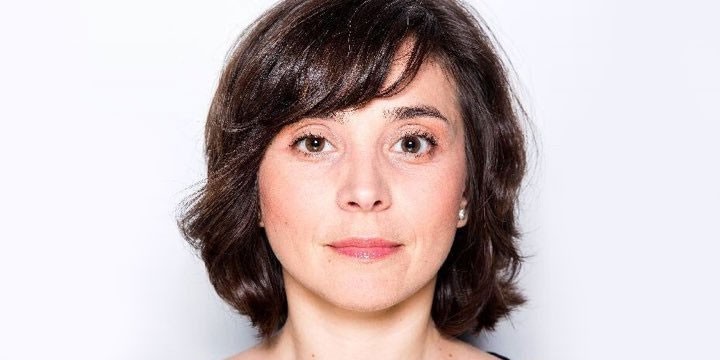 Özlem Topçu (born February 12, 1977 in Flensburg) is a German-Turkish journalist who works as a policy editor for the weekly Die Zeit. She is the bearer of the Theodor Wolff Prize.

Topçu studied Islamic, Political and Media Studies in Hamburg and Kiel. From 2005 to 2006 she completed a traineeship at the Axel Springer Academy.

From the beginning of 2007 she worked as a freelance journalist and reporter in Hamburg. In 2008, she and Miriam Opresnik received the German Journalists' Prize for Journalism, the Theodor-Wolff Prize, for their reportage Hauptschule und Migrant - and what chances do you have then ?, which was published in 2007 in the Hamburger Abendblatt. The authors had accompanied mainstream students for one year before starting their careers. The jury found that the two journalists had understood how to translate the "precise observation of individual fates into plastic and sober language". Also in 2008, Topçu was awarded the Regino Prize for her court case report on the process of killing children under the title I Threw the Child Off the Balcony. According to the jury, the report included "the right mixture of a factual report on the facts and a sensitive portrayal of the emotional background of the case."

Since 1 August 2009 Topçu works as an editor in the policy department of the weekly Die Zeit.

In 2012 she published together with the journalists Alice Bota and Khuê Pham the book We new Germans, a portrait of their generation, about which Der Spiegel wrote: "The personal stories of the authors and their parents are at the same time a piece of history of the Federal Republic of Germany, which is still - almost 60 years after the arrival of the first guest workers - is too invisible, because their descendants are far too rarely sitting where they can visualize. "

Since 2012, Topçu has appeared with journalists Deniz Yücel, Yassin Musharbash, Mely Kiyak, Özlem Gezer, Hasnain Kazim, Doris Akrap and Ebru Taşdemir as part of the "anti-racist reading show" Hate Poetry, in which they read racist letters in the style of a poetry slam , "Rarely was racism so entertaining," judged The World, while the taz spoke of a "cathartic reading." In 2014, Hate Poetry's founding team was named Journalist of the Year in the Special Award category. From May to November 2015, she was awarded a scholarship from a foundation in Turkey, where two election campaigns and elections took place during this time (election on 7 June and 1 November 2015), and numerous attacks occurred.