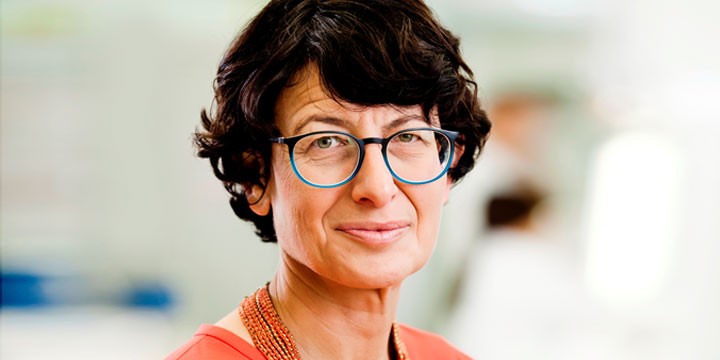 She is an M.D. with over 25 years of experience in cancer research and immuno-oncology, specifically in the identification of immunotherapeutic drug targets and the development of antibodies, as well as vaccine-based therapies.

Dr. Türeci dedicated more than two decades of her professional career to the discovery of unique drug targets exhibiting exceptional selectivity to cancer cells, and to the creation of potent immunotherapy drug platforms to enable treatment of patients in an individualized and tailored manner.

She filed more than 80 international patent applications, was granted several patents and published more than 110 articles in peer-reviewed scientific journals.

In 2001, she co-founded Ganymed Pharmaceuticals AG, a clinical stage biotech company developing unique high-precision antibodies against various solid cancers. She served as Chief Scientific Officer and was its Chief Executive Officer from 2008-2017, developing a new generation of first-in-class antibodies in solid cancers. The company was sold to Astellas Pharma Inc. for EUR 422 million in 2016.

Since 2018, Özlem has been Chief Medical Officer of BioNTech SE – one of Europe’s most innovative biopharmaceutical companies pioneering the development of individualized therapies for cancer and other diseases.

She is also a chair and co-initiator of Ci3, the German Cluster Initiative of Individualized ImmunIntervention(Ci3) e.V., based in Mainz, Germany.

She is also President of the Association for Cancer Immunotherapy (CIMT) e.V. and recipient of the Vincenz Czerny Prize of the German Association of Hematology and Oncology as well as various other prizes and scholarships.

She has authored over 110 peer-reviewed publications and is an inventor on more than 80 patents and patent applications.