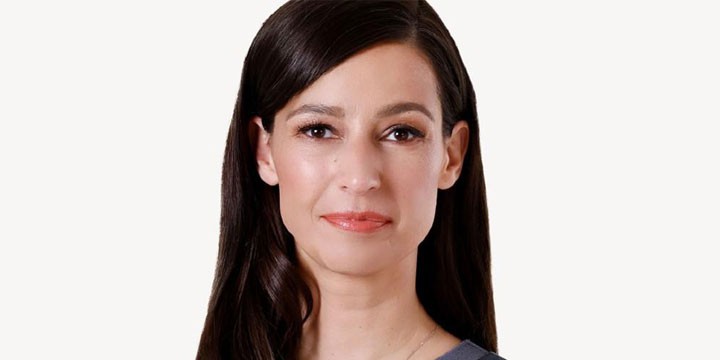 As the daughter of Turkish immigrants - father a carpenter, mother a seamstress - Pinar Atalay has made it into the top echelons of television: in 2014 she took over as the main presenter of "Tagesthemen" on ARD, inheriting television journalist Ingo Zamperoni . She also moderates the " Phoenix Runde " and leads through the ARD business magazine "Plusminus".

Journalism studies – none! Born in Lemgo in North Rhine-Westphalia and raised in the municipality of Extertal, Pinar Atalay is a true self-made television woman, but initially, she took a different path. After graduating from high school, she opened the clothing store "Boutique Supreme" in Lemgo and was initially very enthusiastic about being her own boss. Day in and day out, six days a week, she stood in her boutique and brought clothes to women. It didn't go badly, but after a year Pinar Atalay was fed up with the monotony and bored.

The way to journalism

Inspired by her older sister, who was studying media studies at the time, Pinar Atalay had the idea of ​​doing "something with media". After she was successfully employed at the local radio station "Radio Lippe", first as an intern and later as a trainee and freelancer, her mother took over the boutique. Now nothing stood in the way of a successful career as a journalist. After her time at "Radio Lippe", Pinar Atalay first worked for a while at the local radio station "Antenne Münster" before she felt prepared to take the step into television.

"Miss Topics of the Day"

On television, the WDR was initially her home broadcaster. Atalay moderated the program "Cosmo TV", but was already in front of the camera for the ARD, including for the "ARD focal point". She also worked for NDR and remained true to her original medium, radio. After Pinar Atalay was able to record the moderation of the "Phoenix Runde" on her profile in 2010, she was knighted in 2014: she became "Miss Tagesthemen ". The impatient and restless Pinar Atalay has absolutely no regrets that she never studied: "The years at regional radio were the best journalistic training I could have had. A degree would only have held me back. Since I was 19 I've worked in radio and later in I worked on television. It was always going forward."

Pinar Atalay officially said goodbye to her home broadcaster ARD, like other colleagues, at the end of 2020. Together with Jan Hofer , she was poached by the Cologne broadcaster RTL, and Pinar can be seen together with him in the "RTL Direkt" news format from autumn 2021.