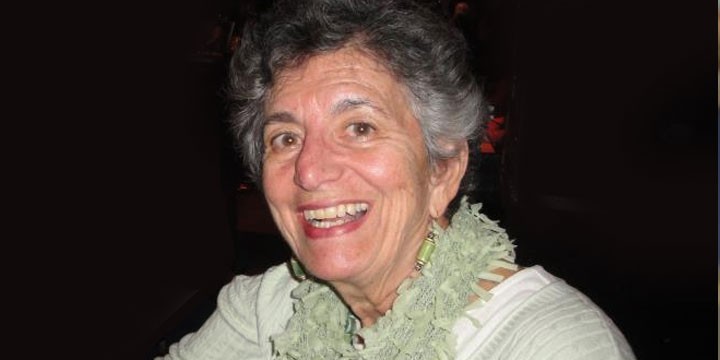 Sel Erder Yackley is an award-winning journalist who was born and reared in Turkey. Sel was a 16 year-old highschool student at Ankara Koleji 16 when she was chosen as an American Field Service (AFS) student to attend West Phoenix High School in Arizona.

After returning to Turkey and working for the U.S. Logistics group in Ankara, she got a bachelor’s degree from Arizona State University and awarded full scholarship to get a master’s degree in journalism from Northwestern University in Evanston, Illinois.

Following graduation, she worked at the Chicago Tribune as well as at United Press International where she met her husband, Frank Yackley. After Frank finished law school, the couple moved to central Illinois where Frank quickly rose in the political arena—becoming state’s attorney, circuit judge and then chief judge.

During the 1970s, while raising three children, Sel taught school, opened a public relations agency and became active in local politics as well as civic and charitable organizations in central Illinois.

During the early 1980s Frank presided over a murder trial, the stress of which triggered a bipolar condition that ended in suicide in 1986. In 2006 Sel Yackley wrote about the circumstances in her book, 'Never Regret the Pain: Loving and Losing a Bipolar Spouse' revealing the cascading effect of mental illness on the Yackley family. Left to pick up the broken pieces after her husband's suicide, Sel shares her story of how she keeps his memory alive while struggling with the knowledge that he had refused proper treatment. Had he had access to today's pharmaceuticals and advancements in psychiatric care, the story might have turned out differently. Instead, we learn about a family bravely moving on without a talented and accomplished father, husband, and respected judge.

Following the death of her husband, Sel Yackley raised her three children, investment strategist John Yackley, Reuters reporter journalist Ayla Yackley and US Diplomat Joseph Yackley (stationed in Ankara as of 2013), who all are renowned for their success and contributions to the Turkish-American community.

On the boards of international groups, Sel continues to write, organize tours to Turkey, and lecture at support groups.