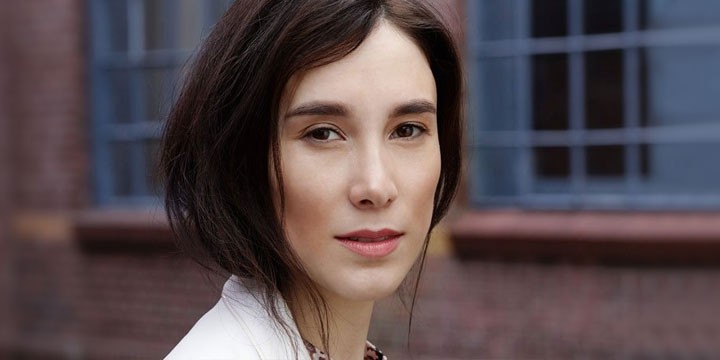 Sibel Kekilli (born 16 June 1980) is a German actress. She gained public attention after starring in the 2004 film Head-On. She won two Lolas, the most prestigious German film awards, for her performances in Head-On and When We Leave (2010). Beginning in 2011, she became more widely known for her role as Shae in the HBO series Game of Thrones, as well as for her activism against violence against women.

Kekilli was born and raised in Heilbronn, to a family of Turkish origin. Her parents came to Germany from Turkey in 1977, and were described by Kekilli as "fairly liberal". After completing school with excellent grades at age 16, she entered a 30-month-long combined training program to become a certified public administration specialist at the local city administration. After successful completion, she continued to work as an administrative assistant for another two years at Heilbronn city hall, then moved to Essen, where she worked various jobs as a bouncer, cleaner, waitress, nightclub manager, saleswoman, and pornographic film actress.

In 2017 she blocked her Instagram from users in Turkey after male users from that country sent a multitude of abusive and threatening messages. Kekilli denounced the senders as "bigoted" and "full of hate".

In 2002, while at a shopping mall in Cologne, Kekilli was noticed by a casting director, who invited her to audition for a role in a film. She won the leading part in Head-On (German: Gegen die Wand) against a field of 350 other hopefuls. The film was released in 2004 and was a major success, receiving several prizes at film festivals. Filming proved strenuous for Kekilli personally, and she underwent an appendectomy during filming in Turkey.

Shortly after the release of Head-On, the German tabloid newspaper Bild-Zeitung made public Kekilli's earlier work in pornography. This led to a public sensation, and Kekilli's parents broke off all contact with her.[2] She received the 2004 Bambi prize for "best shooting star" for her role in Head-On. During the televised acceptance speech, she tearfully complained about the "dirty smear campaign" and "media rape" she was subject to.[9] Bild-Zeitung was later reprimanded by the German Press Council (Deutscher Presserat) for the manner in which it covered the story.

Kekilli starred in the Turkish coup d'état film Eve Dönüş (2006), playing the wife of a man who was unjustly imprisoned and tortured. The performance won her the Best Actress award at the 2006 Antalya Golden Orange Film Festival. Also that year, she played a Jewish woman on the way to the Auschwitz concentration camp in the 2006 film Der Letzte Zug (The Last Train). In 2009, she played Umay, a young Turkish woman who leaves Istanbul to return to her family in Berlin, in When We Leave(Die Fremde). She was awarded the Lola for Best Actress in 2010 for her role. In 2010, Kekilli was cast as Shae in HBO's Game of Thrones, an adaptation of George R. R. Martin's A Song of Ice and Fire novels.

In 2011, one year after first appearing in a supporting role in the long-running crime series Tatort, she became a permanent cast member as new investigator Sarah Brandt, working alongside chief investigator Klaus Borowski. She said that she was glad not to be playing a character of foreign descent, as she feels she has been typecast in the past.

Kekilli supports the organization Terre des Femmes in its work against violence against women.

In December 2006, at an anti-domestic violence event run by the Turkish newspaper Hürriyet in Berlin, she stated, "I have experienced for myself that both physical and psychological abuse is regarded as normal in a Muslim family. Sadly, violence belongs to the culture of Islam".[15] In response, the Turkish consul general left the room.

In March 2015 at an International Women's Day event at the President of Germany's residence at Schloss Bellevue, Kekilli gave a speech on violence against women in the name of honor. The speech drew wide attention and praise in Germany for its empathic message. In May 2015, Friedrich Naumann Foundation named Kekilli "Author of Freedom" for the speech.