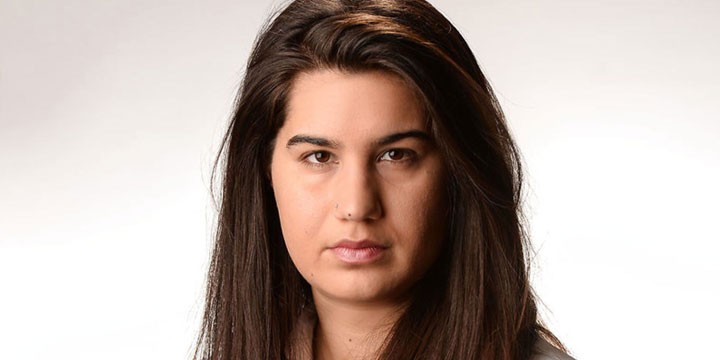 Born and raised in Denmark, Sultan Coban (27) holds an Master of Science degree from the Københavns Universitet. (University of Copenhagen), where she holds a master in Cross-Cultural Studies with a regional specialization in Turkey.

She holds lectures on the current political situation in Turkey, modern Turkish history, freedom of the press in Turkey, the Kurdish issue and minority rights in Turkey.

She was born and raised in Denmark to a Turkish-Kurdish working class family from Turkey. Throughout her formative years, she was exposed only to news in Turkish on mainstream media, a biased and manipulative narrative that suffered from a post-80 coup mode of ethnic discrimination.

It piqued her interest in Turkish media's portrayal of people and events, someone's 'enemy' was constantly another's 'hero' and vice versa, which made her very sensitive to rhetoric, the way it can be used to create animosity and discrimination among civilians, influencing the way the state and minorities perceive each other in Turkish and Kurdish contexts.

Her search for her ethnic roots and their narratives led her to work on Kurdish and Armenian issues, ranging from the coverage of the war in Syria to ancient singing traditions in a Kurdish village in Konya.

In 2014, she worked at DR2 'DAY', where she got closer to news dissemination and source criticism. In August 2015, she became a KA in Cross-Cultural Studies in regional specialization in Turkey.

She is currently based in Istanbul, working as a journalist. Her assignments for TV2 News, Deadline and P1 expose her to new career experiences in journalism. Most recently she writes news and reports from Turkey to Danish national daily newspaper Berlingske.

In 2019 she was charged with “terrorist propaganda” for reposting photos on Facebook about civilians liberated from ISIS rule. In February 2020, Konya 8th High Criminal Court handed her down a suspended 1 year 3 month prison sentence for the charge.