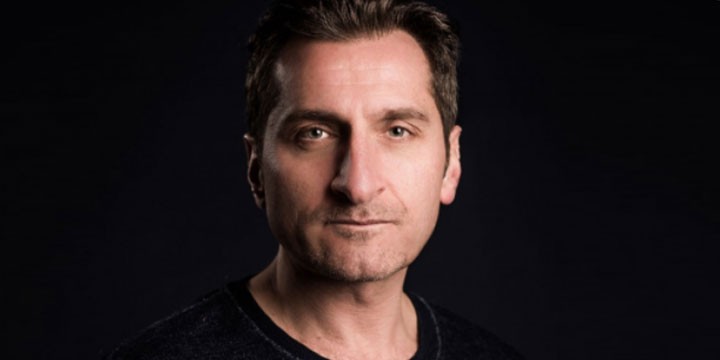 Tim Seyfi was born in Turkey on August 10, 1971. Two years later he moved with his family (8 brothers and sisters) to Munich, Germany.

He was the leadsinger of a rock-band for six years before he studied French and English simultaneous interpreting and translation in Munich and Marseille. During his stay in France he attended the renowned drama school „Cours Florent“ in Paris. His acting career took off in 1995 when he was discovered on stage, performing in Rainer W. Fassbinder’s play „Katzelmacher“. He then was offered the lead in the German TV-movie „Welcome to Kronstadt“.

Aside from 30 plays in several off and state theaters throughout Germany, Italy, France, Turkey, and Poland, and more than 500 shows with his improvisational theater company „Fastfood Theater“, he starred in more than 100 movie productions. Among them are the award-winning „HEAD-ON“ by Fatih Akin (European Film Award & Golden Bear Berlinale 2004), „FAY GRIM“ by Hal Hartley, „MAGIC BUS“ by Emir Kusturica and the German hit comedy „GRAVE DECISIONS“ by Marcus H. Rosenmüller.

In 2001 he won the „Best Actor Award“ at the International Film Festival in Badalona/Spain for the Swiss movie „THE COOKIE THIEF“.

Known for his variety of characters and the many different nationalities he performed in several languages, Tim Seyfi has become a well-demanded actor of European cinema. He played leading roles in the Serbian drama „THE BEAUTIFUL BLUE DANUBE“ by Darko Bajic, the Finnish thriller „VASHA“ by Hannu Salonen and the Turkish movie „2 SÜPER FILM BIRDEN“ by Murat Seker, in which he also served as co-producer. Tim co-starred alongside Mads Mikkelsen in Anno Saul’s „THE DOOR“ and Academy Award Winner Christoph Waltz in the Austrian mini-series „TEN“, the last film before Waltz’s Hollywood career.

Tim Seyfi also starred in a recurring role in the International Emmy Award-nominated French TV police drama series „SPIRAL“, produced by Canal+ and BBC, which has been broadcasted in over 70 countries.

Recently, he worked in the French movie „GERONIMO“, by award-winning director Tony Gatlif („EXILS“, „GADJO DILO“, „VENGO“ ), which was in the Official Selection of the International Cannes Film Festival 2014 .

In 2019 and 2020, he starred in Turkey's second Netflix series ' „THE GIFT“, delivering a brilliant portrayal of a cult executive's obsession with world domination.