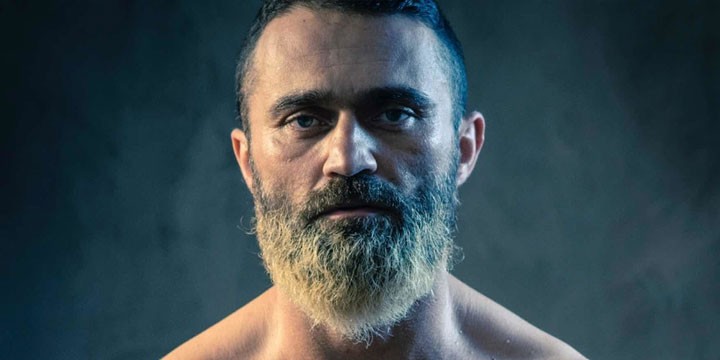 Arik began his career as an amateur at the boxing club "Boxfit" in Regensburg at the age of 27, where he played eleven fights, including eight wins, two defeats and one draw. Before his boxing career he played u. a. in the Bayern selection, in the B-youth of the current second division Jahn Regensburg and in the A-youth of the Turkish top clubs Fenerbahçe Istanbul. After a shin and fibula fracture, he ended after a temporary commitment in the national league for Kareth Lappersdorf, Fortuna Regensburg and SE Freising his football career.

In boxing he won the East Bavarian middleweight championship as an amateur. At age 30, he played his first professional fight against Georgios Pegios in Munich on May 20, 2011. He lost after eight seconds by technical K. o. He then won 18 fights in a row. In October 2011 he won the international German championship against Thomas Hengstberger and in December 2011 the international WBF championship against Turgay Uzun. Both wins were made by technical knockout within three rounds.

In May 2012, he defeated Benson Mwakyembe prematurely in the second round and was thus IBF European champion, but defended the title. In November 2012, he secured the IBF International title by a premature victory against Vasile Dragomir and in March 2013, the IBF Intercontinental title also prematurely against Francis Cheka. In June 2013 he lost then surprisingly on points against the Bosnian Slavisa Simeunovic.

Arik won the interim WBU title against Adnan Zilić on 9 May 2015 in Hildesheim and was admitted to the Golden Book of the city of Parsberg on 23 June 2015.

In December 2015, Arik again secured the IBF European Championship title when he narrowly won on points against Zoltán Sera. In the fight both boxers were on the ground. In July 2016, he beat Miloš Janjanin in the fight for the GBU title by knockout in the third round.

On May 12, 2018 Ünsal Arik boxed against the Georgian Nikoloz Berkatsashvili for the UBF European Championship title in Augsburg. The fight, which took place in the Curt Frenzel Stadium, ended in the second round by KO. Thus won Ünsal Arik his tenth title.

Political and social commitment
After a fight in Tekirdağ in 2013 Arik protested with the T-shirt label "Bu Ülke Atatürkün, Tayyipin değil" ("The country belongs to Atatürk, not Tayyip") against Turkish President Recep Tayyip Erdoğan. After his World Cup fight in Hamburg Arik also aroused the interest of the German media. In Sat.1 breakfast television, he criticized Erdoğan and his followers on August 2, 2016.

In the Neo magazine Royale of March 16, 2017 Arik again took a stand against Erdoğan and his policies, especially the constitutional referendum in Turkey 2017. 2018 he voted in the presidential elections for Erdoğans competitors Muharrem İnce. Ünsal Arik is the first Turkish boxer who was allowed to deposit his EM belt of the IBF to the funerary monument (Anitkabir) of Mustafa Kemal Atatürk with a state ceremony.

In addition to his career Arik is socially engaged and is committed to children with cancer. [10] Since 2015 he is the official ambassador of the Stiftung Kinderherz. In addition, he visits schools to inspire children for the sport.

He also campaigns for animals and nutrition without animal products.