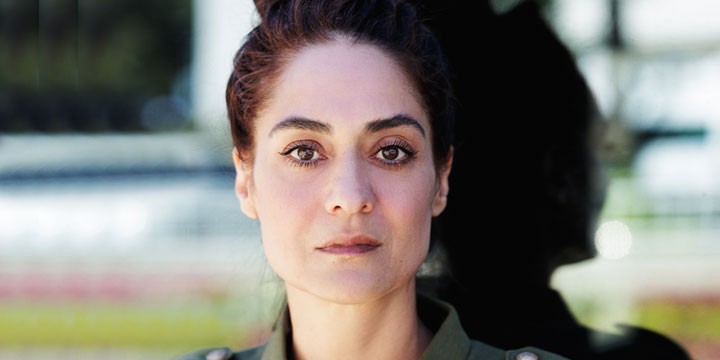 In 1971, Uygar Tamer was born in Ankara. At the age of eleven, she moved to Zurich , where her mother was sent as Attachée . She received her primary education in Turkish, French and Swiss schools, speaking six languages. Uygar Tamer received her acting education from 1996 to 1998 at the European Film Actor School in Zurich.

Her first role was at the age of ten in the film At by Ali Özgentürk . She appeared in other films such as Dansöz , Ferrari and Cut Away , which was awarded the German Short FilmAward in 2000 . In 2009 she starred in the Franco-Canadian-Swiss co-production Dirty Money, l'infiltré by Dominique Othenin-Girard, which earned her the Swiss Film Award , a "Quartz", in the Best Acting Young Talent category . In 2010, she made an appearance in James Bond 007: A Quantum of Comfort, as Quantum Member Number 4.

In addition to her film work, Uygar Tamer completed her studies in social work at the Zurich University of Applied Sciences (ZHAW) in 2013 . In the same year she played in the drama comedy Swiss Heroes of Peter Luisi , in the role of Bahar, as one of the asylum seekers who perform the play William Tell. The crowd got various prizes u. a. Audience Award  at the Locarno Festival &  St. Louis International Film Festival and  Best of Festival  at the  Richmond Film Festival .

In 2016, Uygar Tamer became known to a wider public through her role in Die Opfer – Vergesst mich nicht (The Victims - Do not Forget Me), the second installment of the ARD feature film trilogy Mitten in Deutschland (In the Middle of Germany): NSU on the murder series of the National Socialist Underground (NSU), directed by Züli Aladağ , Uygar played Adile Şimşek, the wife of the first victim Enver Şimşek and the mother of Kerim and Semiya Şimşek (book: painful homeland ). For the role in the NSU trilogy Mitten in Deutschland  Uygar Tamer got the German Actress Award 2017 as best actress in a supporting role.