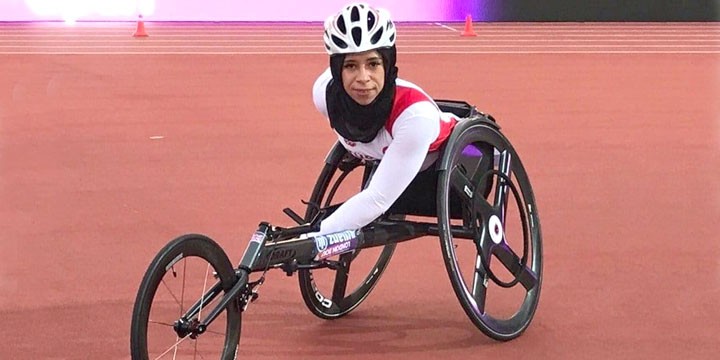 Zübeyde Süpürgeci was born on July 20, 1993. She is a disabled from birth. Until the age of 16, she did not even want to go out. She discovered a new world when people around her took her to the Disableds' Palace of Bağcılar Municipality. Her younger brother Muhammet is disabled-born as she is.

Süpürgeci started with para athletics in 2011. She began her sporting career through her coach Omer Cantay. In 2012, she was admitted to the para-athletics team of Bağcılar Belediyesi Disabled SK in Istanbul.

Süpürgeci finished the women's wheelchair category of the 2013 Istanbul Marathon at second place in 2:58:30 following her clubmate Hamide Kurt.

She took the bronze medal in the 100m T54 event at the 2014 IPC Athletics European Championships in Swansea, Wales, United Kingdom.

At the 2016 IPC Athletics European Championships in Grosseto, Italy, she won the gold medal in the 100m T54 and the silver medal in the 200m T54event.

Süpürgeci competed at the 2016 Paralympics in Rio de Janeiro, Brazil.

She won the gold medal in the 800 m T54 event at the 2018 Mediterranean Games held in Tarragona, Spain.