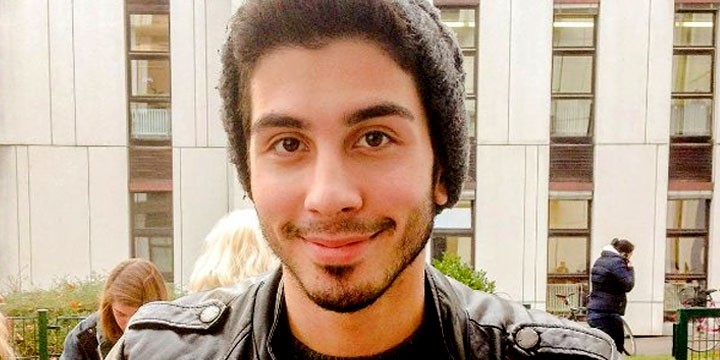 Ali Can is the oldest son of an immigrant, Kurdish-Alewit family from southeastern Turkey. He was born on 31.10.1993 in Pazarcik. In 1995 his family moved to Germany. After a few stops, the young Can family moved to Warendorf, to Münsterland, where Ali grew up.

In 2008, the family - now with a new restricted residence permit and the right to move within Germany - moved to Pohlheim, which is located near the university town of Gießen. There his passion for playing theater started shaping his career. He combined this with his social engagement at UNICEF Germany and toured through Gießener school classes with their own one-man pieces to convey children's rights and to create an awareness of the relatively good life in Germany.

After starting a university group UNICEF together with a friend at the beginning of his teaching studies, he joined other initiatives and joined other initiatives. There followed further engagements, i.a. as a youth ambassador to the campaign organization ONE, which is particularly committed to extreme poverty and women's rights. From 2015, volunteer leisure activities for refugees in Gießen, organized by Ali, such as Walks to the Schiffenberg, city explorations and workshops dealing with cultural diversity.

In the fall of 2015, Ali began seminars on intercultural skills in Nordstadt in Gießen. Good feedback and high inquiries were followed by cooperation with the volunteer center Giessen and the integration department of the city of Gießen.

Meanwhile, he offers nationwide workshops on how to deal with cultural diversity and seminars to raise awareness among people who are confronted with migrants or who initially have fears or worries about them. He founded a platform called "Interkulturell-Leben" (Intercultural Life) to enhance the levels of understanding between people from different walks of life.

His workshops are about dealing with foreign cultural people in a sovereign way, and thinking in greater detail, about a peaceful social life of the most diverse people regardless of their background.

In 2016, Ali founded his peace club "Interkultureller Frieden e.V." with friends and other volunteers. His Peace Association is supported by the idea that Germany has the potential for a peaceful coexistence of people of different religions, nationalities and interests, as long as the attitude is right. This conviction is based above all on the Ali Can's personal experience. Seen as a role model for immigrants, Ali Can's projects are all based on the idea that 'integration is a must for immigrants'.

Ali Can urges his Muslim friends to show their faces, facilitate today's asylum seekers' integration, and get involved. From his own experience, Ali knows how important jump-starting in a new life is and he mentions how it was his German friends and acquaintances that made life easier for him and his family in Germany and points out the importance of appreciation.

In addition, Ali concludes that integration needs dialogue and encounters. Especially the meetings between foreign cultural people can reduce prejudices. From this realization he visits Pegida and AfD events every now and then. His political views are vastly different, but he believes in two socially different groups meeting in respect and learning from each other.

His works stresses on the importance of "appreciative listening". With his meetings, events and travels he has noted that not every upper limit advocate is a xenophobic.

With the "Hotline für Besorgte Bürger" (Hotline for Concerned Citizens), Ali reached pan-European attention. His goal is a peace-loving German society in which each other with appreciation.