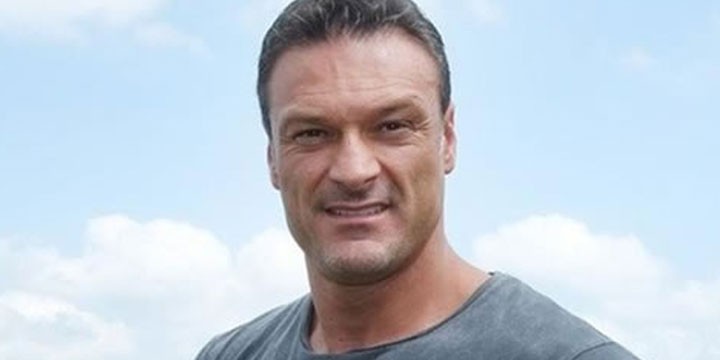 Fehmi Alpay Özalan (born 29 May 1973), known as Alpay, is a Turkish football manager and former footballer. He last worked as the manager of Samsunspor.

He played 87 international games for Turkey between 1995 and 2005, making him Turkey's sixth-most capped player of all time. This included performances at two European Championships and the 2002 World Cup, in which he was selected for the Team of the Tournament.

Alpay began his career at Altay. His performances caught the eyes of the biggest teams in Turkey.

In 1993, Alpay signed for one of the Turkish giants Beşiktaş. Alpay set a record in the Süper Lig, earning three red cards in the space of six months. He played 148 matches for Beşiktaş, netting nine times.

After six years at the club, a new deal could not be negotiated. His contact was initially bought by Siirt Jetpaspor, and he was then loaned to Fenerbahçe. In his sole season at Fenerbahçe, he played 26 matches, and found the net three times.

Alpay made 87 appearances for the Turkish national team, netting four times. Three of those goals was a hat-trick against Macedonia during the 2002 FIFA World Cupqualifier. Alpay featured for Turkey in Euro 1996, Euro 2000, 2002 FIFA World Cup, and the 2003 FIFA Confederations Cup. A very memorable moment in Alpay's career in complete contrast to his general fame was during Euro 1996 in the game between Croatia and Turkey.

In a counterattack, he allowed Croatian Goran Vlaovićto dribble the ball half the field without fouling him to stop the attack. In consequence, Vlaović scored the single goal of the game and Turkey lost. Alpay was awarded with a fair-play award due to his action.

On 24 June 2000, he was sent off during the first half of the Euro 2000 quarter-final against Portugal, which his country lost by a score of 2–0. His final match was against Switzerland in the 2006 FIFA World Cup second leg play-off tie in Istanbul, conceding a second-minute penalty by handball, converted by Alexander Frei which resulted in Turkey's elimination despite a 4–2 victory. Alpay was involved in a brawl at the end of the game and was awarded a six-match ban by FIFA.