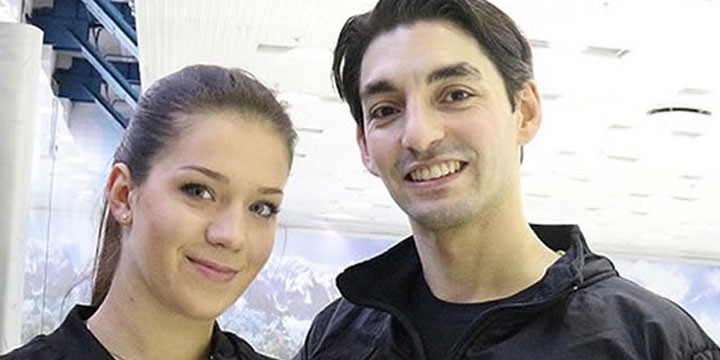 Alper Uçar (born 19 January 1985) is a Turkish ice dancer. With his skating partner, Alisa Agafonova, he has won eight international medals, including silver at the 2011 Winter Universiade and three medals on the ISU Challenger Series. They have competed in the final segment at eight ISU Championships.

Uçar started skating at the age of 6 in 1990 after the first ice rink opened in Ankara Turkey. He competed in single skating until 2009. In 1995, he won a gold medal at the Balkan Games at a novice competition. He then took his second gold in the Netherlands.

In 2009, at the age of 24, Uçar switched to ice dancing and teamed up with American skater Jenette Maitz. They competed together in the 2009–2010 season, winning the Turkish national title and placing 26th at the 2010 World Championships.

Uçar teamed up with Ukrainian skater Alisa Agafonova in 2010. Early in their partnership, they were coached by Natalia Dubova and Oleg Voiko in the United States. They won a silver medal at the 2011 Winter Universiade in their first season together.

In 2013–14, Agafonova/Uçar began their season at the 2013 Nebelhorn Trophy, the final Olympic qualifying opportunity. By finishing 5th, they earned a spot for Turkey in the ice dancing event at the 2014 Winter Olympics in Sochi. They then won a silver medal at the 2013 NRW Trophy.

Making their Grand Prix debut, Agafonova/Uçar placed 7th at the 2015 Trophée Éric Bompard in November. In December 2015, the two moved to Bloomfield Hills, Michigan to work with Anjelika Krylova and Pasquale Camerlengo due to visa problems which were exacerbated following the 2015 Russian Sukhoi Su-24 shootdown.[3] They finished 12th at the 2016 European Championships in Bratislava and 21st at the 2016 World Championships in Boston.

The following season, Agafonova/Uçar received two Grand Prix assignments; they placed 9th at the 2016 Skate America and 8th at the 2016 Rostelecom Cup. They ranked 11th at the 2017 European Championships.[4] The two placed 17th at the 2017 World Championships in Helsinki, Finland. Due to their result, Turkey qualified a spot in the ice dancing event at the 2018 Winter Olympics in Pyeongchang, South Korea.