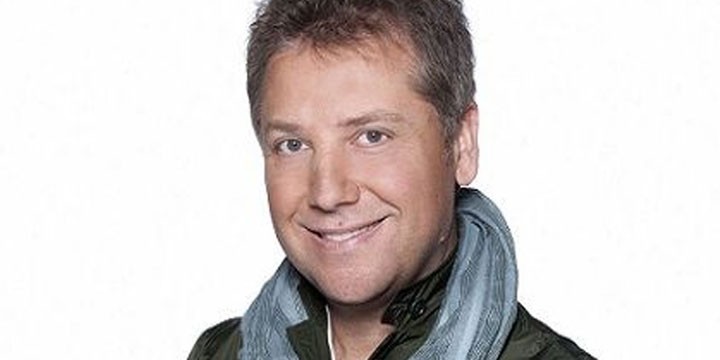 Born in Istanbul in 1968, Atil Kutoglu graduated from the German Lycée in Istanbul and went to Vienna, Austria to study business administration. When still in high school in Istanbul he was already freelancing for the country’s leading fashion companies Vakko and Beymen.

After completing his business administration studies at the University of Economics in Vienna, Atil Kutoglu presented his first collection with the help of a grant from the Mayor of Vienna, Dr. Helmut Zilk. At the 1993 Munich Fashion Week, he was awarded “The City of Munich” prize as the best newcomer. This was followed in 1994 by the „DIVA-Woolmark“ prize for the best Austrian fashion designer, awarded by the IWS – International Wool Secretariat and Austria’s „DIVA“ fashion magazine, given to Atil Kutoglu at a big gala in the Vienna City Hall.

In 1994-96, fashion shows in Düsseldorf, Milan, and New York were given an enthusiastic reception and reviews, particularly by the American press, e.g. „The New York Times”, WWD, Elle etc. and the retail trade. At the 1996 „Salzburger Gespräche” – “Salzburg Conversations” textile symposium, Atil Kutoglu was awarded the coveted Salzburg Prize by the German Publishers Guild and the Austrian fashion paper “Die österreichische Textilzeitung”.

In 1997 Kutoglu opened the first „Vienna Fashion Days“ with a fashion show at which Countess Pilar von Goëss – a leading trendsetter in Europe and Austria and a celebrated model in the Seventies, returned to the catwalk for Atil Kutoglu. He also designed a special silk scarf collection for the Archduchess of Austria Francesca von Habsburg, whose ARCH Foundation organized the exhibition „The St. Petersburg Muraqqa“ which featured oriental miniatures and examples of calligraphy from past centuries. The “Muraqqa”-inspired and Kutoglu-designed scarf collection was presented and sold at the exhibition.

In 1999, Atil Kutoglu was invited by Mrs. Berna Yilmaz, wife of the Turkish Prime Minister to present his “Ottoman Collection” on the occasion of the 700th anniversary of the founding of OTTOMAN EMPIRE with a gala fashion show in the renowned Yildiz Palace in Istanbul. 150 specially designed, Ottoman-inspired outfits were presented and nearly 50 international media representatives reported from the show.

In 2000, the curators of Gustav Klimt´s big millennium retrospective “Klimt and the Women” exhibition in the Belvedere Palace Museum in Vienna, chose 27 designs of Atil Kutoglu to be displayed next to Klimt paintings as a fashion exhibition. They demonstrated parallels in the works of the big painter and Atil Kutoglu, as to the sources of inspiration and subjects to be dressed – or painted (famous women) being similar. The exhibition was opened with a big fashion show by Atil Kutoglu in the Belvedere Palace.

Atil Kutoglu also organized a big fashion gala in December 2004 in the renowned Hofburg Palace in Vienna under the patronage of H.E. Dr. Ursula Plassnik, Federal Minister for Foreign Affairs of Austria. The two recent collections of the designer were presented by a 27 models team walking down a 70-meters-long runway. The gala being prior to the EU- assembly date to announce that negotiations with Turkey would start also marked a friendly gesture between the two countries Turkey and Austria.

In 2006, the presentation of the Atil Kutoglu collection was the star act at the “EU-Fashion Summit” gala in Vienna´s Hofburg Palace, organized by The Austrian Ministry for Culture. During the EU-Presidency of Austria, 26 young designers were invited to Vienna to show their work. The evening was crowned with a full fashion show of the new Kutoglu collection, well received by international guests like fashion designer Valentino Garavani, respected artist Rem Koolhaas, Fiona Swarovski from the Swarovski dynasty and many ministers, ambassadors, and representatives of the international media.

Since 1999, Atil Kutoglu has been presenting his collections at the New York Fashion Week with a fashion show. In 2009, he opened the first “Kutoglu flagship store” in Turkey. The 170 m2 store is located in the trendy Nisantasi neighborhood in Istanbul and has been designed by the Italian architect Claudio Nardi with an airy but minimalist concept.

The influence of Orient is always present in Atil Kutoglu's collections. His favorite materials are silk, cotton, wool and cashmere blends as well as leather. Kutoglu remains faithful to his oriental roots and his designs often transport women to a mystical world.