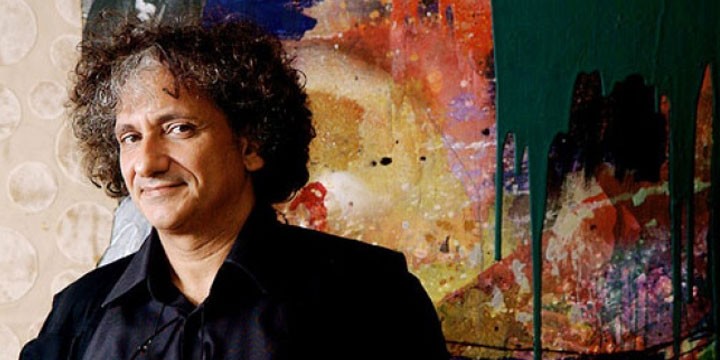 Baykam's father Dr. Suphi Baykam was a deputy in the Turkish parliament and his mother Mutahhar Baykam an architect-engineer. Baykam claims that he started to paint when he was only two years old, and has had several exhibitions since the age of six in Bern, Geneva, New York, Washington, London, Rome, Munich, Stockholm, etc. during his childhood years. He also claims that he was recognized as a child prodigy, although there are no valuable records to prove his claims.

Baykam studied at the Sorbonne University in Paris from 1975 to 1980 and got an MBA degree. During this time, he also studied drama in L'Actorat, Paris. He lived in California during the years 1980-1987, studied painting and film-making at the California College of Arts and Crafts, in Oakland. He had several shows in New York, California and Paris. He returned to Turkey in 1987 and has been living in Istanbul since.

He has had 97 one-man-shows in various countries in addition to participating in numerous group shows. To date, he authored eighteen books, five of which were on art (one in English), and eleven on politics. One of his more well-known books, "Monkeys' Right to Paint" published in Turkish and English, brings to light the plight of non-western artists and severely criticizes the prejudiced attitude of the western art establishment that keeps building a one sided, all western art-history. Baykam is also the writer of a controversial novel The Bone, published in December 2000. A turn of the Century novel around sex, death, philosophy new sciences, technology and spying, The Bone is claimed to have predicted the events of September 11. The Bone has been published English in 2005.

Baykam also obtained many prestigious placements as a tennis player throughout the 70's at Turkey Championships.

Baykam is one of the pioneers of the New Expressionism movement and of multi-media and photo-painting oriented political art. Since the beginning of the 80's. He directed several 16 mm. short films and has acted in several parts in feature films in Turkey as an actor.

He is working actively for some associations, such as the Association for Supporting the Contemporary Living and Atatürk Thought Association. He is also one of the founders of UNESCO-AIAP-IAA International Association of artists Turkish National Committee.

Between 1995 and 1998, he was an elected member of the Party Assembly of the Social Democrat "Republican People's Party". Baykam was also a candidate for the Presidency of this Party in October 2003, at the General Congress in Ankara. He is one of the most outspoken defenders of Kemalism.

Baykam who the founded and directed the monthly art magazine Skala between 2000 and 2002, also writes for the daily Cumhuriyet, and several different art and political magazines. He frequently wrote for the left-wing Turkish Left. He heads the "Patriotic Movement". He showed at Alphonse Berber Gallery, and Broadway Gallery.

Baykam is the founder of the film production and publishing company Piramid and Piramid Art Center, both based in Istanbul.

Baykam has also published a two volume autobiography. At the paperback description of his autobiography, he claims that as a child he was seen as "the creator of the 21st century school of art". Baykam also claims that he was compared to artists like Klee, Matisse, Dufy, Saul & Steinberg. He refers to his book as "The most detailed autobiography ever written on earth" & compares himself to Mozart.