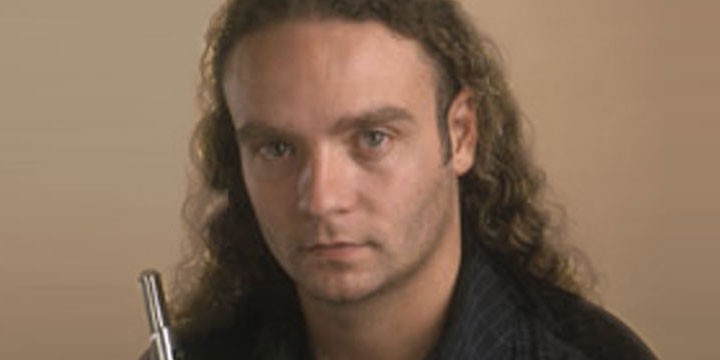 Internationally acclaimed and award winning flutist, composer and producer, Burak Besir was born in Cyprus. Burak received his early classical music education in Ankara State Conservatory (one of the best classical music schools in Turkey) and graduated with distinction. He then attended The Royal Scottish Academy where he received his master’s degree as a Flute Soloist and studied with David Nicholson.

In 2003, Burak received the UK Young Concert Artist Award. The award gave him the opportunity to give a number of concerts and recitals at many distinguished festivals and concerts halls one of which was the famous Wigmore Hall Concert Hall.

Burak held principal and second chair flute in the Istanbul State Opera and Ballet and at the Istanbul Borusan Philharmonic Orchestra from 2003 to 2008.

In 2008, Burak received a scholarship from Berklee College of Music’s “World Scholarship” He received a Contemporary Writing and Production degree at Berklee and began to focus on composing in addition to his solo and orchestral career.

During his years in Boston, Burak was the Principal Flute at the Berklee Contemporary Symphony and at the Video Game Orchestra, VGP (rockestra project that consists of rock band, orchestra and choir performing epic arrangements of music from timeless video games).

He received the Arif Mardin Achievement and Best Concerto Performer Awards from Berklee College of Music and was chosen to represent the school at the 5th Conservatory Project and performed at the Kennedy Center in Washington DC.

In 2012, Burak moved to Los Angeles with his family where he continues his career as performer, recording artist and film music composer.

In 2014, Burak performed at the very first live concert of the 86th Oscar Concert at the UCLA Royce Hall. The concert featured all five nominated original scores, conducted by their composers including The Book Thief by John Williams, Gravity by Steven Price , Her by William Butler- Owen Pallet, Saving Mr. Banks by Thomas Newman and Philomena by Alexandra Desplat.

Burak performed many times at the most prestigious National Flute Association Conventions in Charlotte (2011) , Las Vegas(2012) and Chicago (2014). Here he performed his original compositions and arrangements with his trio, The World Flute Ensemble.

Most recently, in the role of Music Director, Burak Besir directs and performsfor the International Committee of the Los Angeles Philharmonic Benefit Balls.